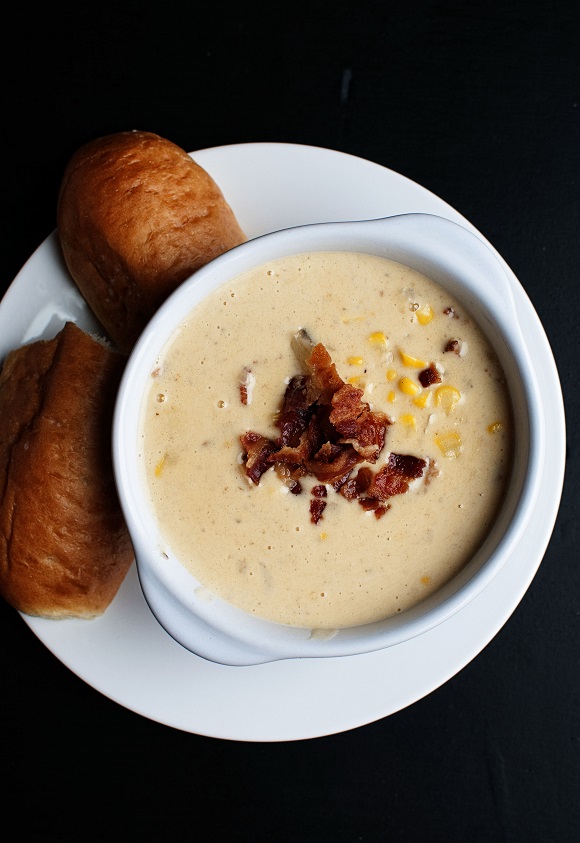 Soup is not exciting. Soup is not sexy. Soup is the least pinned thing on Pinterest. And yet I could not get through fall and winter without soup. However, unless you are making crab or lobster bisque, soup is pretty cheap to make. Throw some bread on the side and you have a pretty filling meal. We lived off this soup for quite a few days and I was pretty bummed when we ran out of it yesterday. If at all possible use fresh corn (you can still find it now) but use frozen if you can’t. Also good smoked bacon is a really key element to the soup so make sure you find a smoked bacon. This soup now ties with my favorite one of all time: Roasted Onion and Gorgonzola Soup.

What about you? Are you a soup person? If so what’s your favorite and are you willing to share the recipe?
P.S. Don’t forget I am giving away a copy of How Sweet It Is Seriously Delish cookbook. 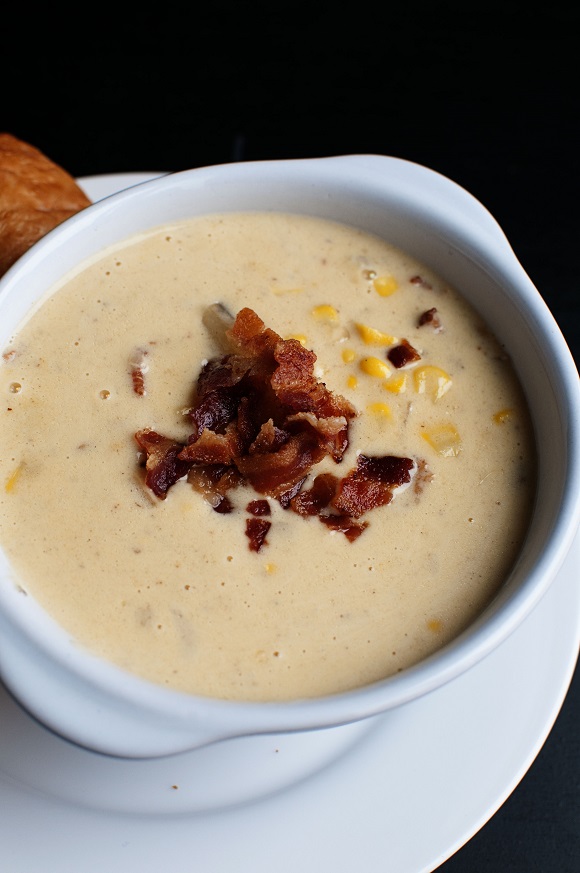 In a large stockpot over medium-high heat, cook the bacon until the bacon is crisp, about 5 minutes.
Remove the bacon with a slotted spoon and reserve.
Reduce the heat to medium, add the onions and potatoes to the bacon fat. Cook until the onions are translucent.
Add the garlic and cook for another minute.
Stir in the flour and cook for 3 minutes.
Add the chicken stock and bring to a boil. Once at a boil reduce to a simmer and continue to simmer uncovered for 20 minutes.
Add corn and cook for another 5 minutes.
Add the heavy cream and cheeses. Cook for 5 more minutes, until the cheese is melted.
Season, to taste, with salt and pepper. Serve hot with a garnish of bacon. 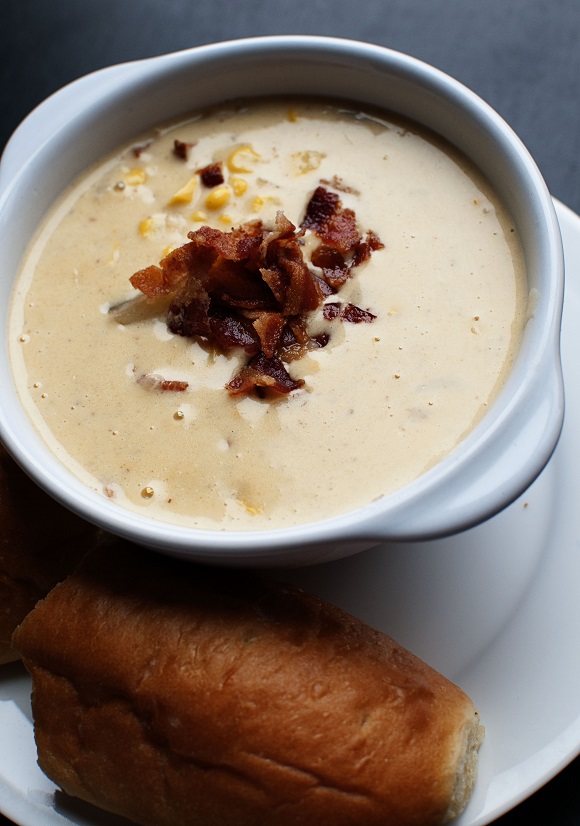