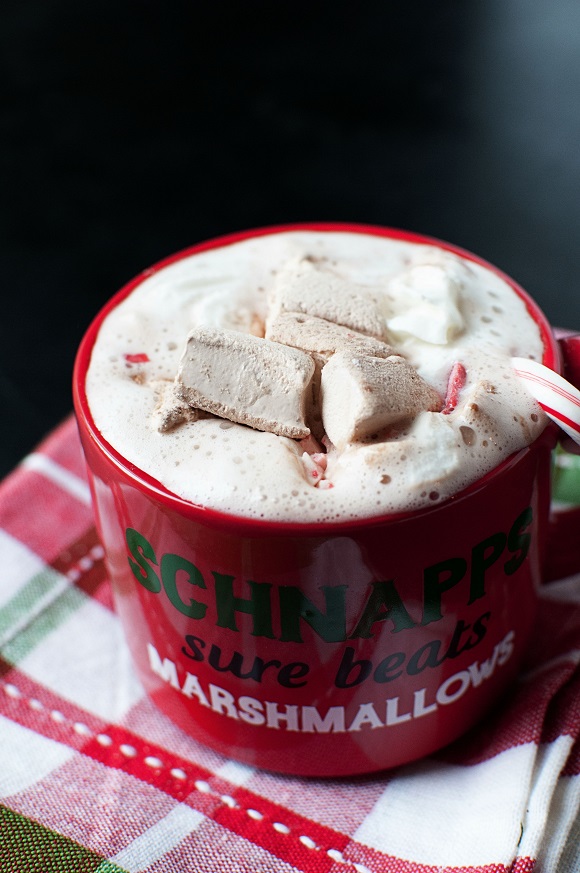 Monday night MDP and I had an impromptu movie date and went to see St. Vincent. We don’t go to the movies that often because it’s a bit pricey (we just wait for it to come on Redbox) but we wanted to go see the movie as the trailer looked good. I don’t say this often but it was worth the $11 to see it. It was far more emotional than I thought it would be though, it was still funny don’t get me wrong but even my tough guy softie of a husband got misty eyed…as where I just down and out cried (and darn it all I had mascara on).

In the movie the mom (Maggie) moves in next door to Bill Murray’s character (Vincent), she took her kid and left her husband since he had a staying faithful issue. The dad wasn’t paying any child support (they weren’t divorced yet and custody hadn’t been settled) and so she needed to work as much as she could as she was sending her kid to private Catholic schools (even though he was Jewish 🙂 ). So her neighbor Vincent reluctantly agrees to babysit Oliver (the kid) while the mom is at work. He being a not a morally good person who is pretty much a drunk who takes the kid to bars, race tracks, and to hang with his Lady of the Night female friend. The mom doesn’t know most of this until she goes to her custody hearing and the dad had a private investigator follow the guy around.

The mom came home pissed off at Vincent not so much because of all that he had done but because she now had to SHARE 50/50 custody of HER child with the husband. Oh the horror. If you follow me on Pinterest you know that I am a big supporter of 50/50 custody and parental/father’s rights. I think that if both parents want custody of the kids than it should be shared 50/50, no one should be awarded primary custody. Now there certainly are cases where the man (or woman) doesn’t want to deal with the kids and the other parent is awarded soul custody. That’s a different story. I’m talking about when both parents want the children then both parents should get them equally, though that rarely happens. In the case of Maggie she was so focused on being pissed off at her ex that keeping the child was almost a form of punishment to her ex. But at no time did she ever say he was a bad father…just that he cheated on her. You can be a good father and a lousy husband…you can be a good mom and a lousy wife.

In one scene Maggie is explaining to Oliver in a over-dramatic fashion that he was going to be ripped from his home every other week now and the kid replied “well he is my dad”. That’s right, he is his dad. Children need their fathers go here to read the many, many statistical reasons why. Primary parents love to argue that having them have to shuttle back and forth each week is not good for the kids. They have proven that kids adapt to this and it simply becomes their routine. So other than to get back at an ex why else would a primary parent not want 50/50 custody? Money. Child support is a big money maker for a lot of people including the agency that awards it, as Child Support Services earns federal money for every dollar they collect in child support. So they are anti 50/50 custody as that would significantly cut down on how much funding they receive. It’s quite sad actually. And of course the less money the primary parent makes the more money the non-custodial parent has to pay. The primary parent is almost rewarded for not working that much. The non-custodial parent is required to carry health insurance on the children…the primary parent does not. They have to if they make enough money, but most of them don’t as the majority of their income comes from the child support. If you make less money working than you do in collecting child support you are not setting a very good example for your children. Now I fully understand that if you were a stay at home mom and have not worked for a while then clearly you need time to get back into the swing of things. But if after a couple years you still aren’t working full time then you are probably working the system.

You may be saying why do you care Peabody? Because the system is broken. A system that sends the message to kids that one parent is more important than the other is broken. A system that rewards people judges and lawyers to award primary custody so the state can get funding is broken. I’m actually on a coalition of child support reform and for 50/50 custody as the new standard. The friends I have  that do have 50/50 custody you don’t ever hear the kids complaining that they were ripped from their house, it’s just their life. The mom and dad both live in decent homes and get along well enough, at least in front of their kids. The ones however (all men in this case as WA state awards women primary custody pretty much ALWAYS) that don’t have 50/50 custody tend to live in small apartments struggling with bills while a good chunk of their money (which does not have to be proven that it’s spend on the children) goes to the primary parent. They drive beater cars while their ex’s roll up at the drop off in a new car. If you are saying how is that possible? When a primary parent has a live in significant other or even remarries that person’s income does not go towards the formula. So if the new husband/wife makes $300K but the mom/dad is still only making $20K a year themselves…only the $20K is part of the formula. Seems fair?

I’ll get off my soapbox now. I’m sure I will get hate mail over this and dreadful comments (though know those will be deleted because it’s my blog) but if I struck a nerve with you ask yourself why? Towards the end of the movie Vincent tells Maggie, after she tells him all the things wrong with him, that she isn’t mother of the year. That he may be all those things but she allowed her kid to hang out with him and preferred that to his own father seeing him.

Enough of that let’s talk marshmallows. I’m cutting out the middle man and just putting the cocoa directly into my marshmallows this time. Though I did end up putting them in cocoa all the same. I also made a few Scotchmallows but not putting those on the blog as they look like giant turd lumps, although tasty. Anytime you can have homemade marshmallows in your cocoa it’s a good thing. I support a 50/50 ratio of cocoa to marshmallows as well. 🙂 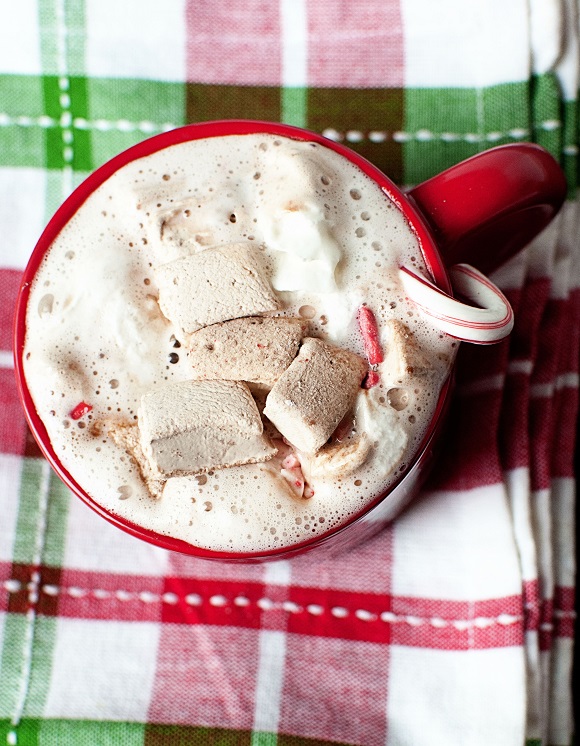 In bowl of stand mixer, sprinkle gelatin over 1/2 cup cold water to soften; set aside.

Heat to boiling; cook without stirring about 30 minutes to 240°F on candy thermometer or until small amount of mixture dropped into cup of very cold water forms a ball that holds its shape but is pliable; remove from heat.

Increase speed to high; beat 8 to 10 minutes or until mixture is white and has almost tripled in volume. Add peppermint and chocolate extract; beat on high speed 1 minute.

Dust cutting board with about 1 tablespoon powdered sugar.

To remove marshmallow mixture, loosen sides from dish and gently lift in one piece onto cutting board. Using sharp knife greased with butter, cut into squares or shapes.

Dust bottom and sides of each marshmallow by dipping into bowl of powdered sugar.

Store in airtight container at room temperature up to 3 weeks. 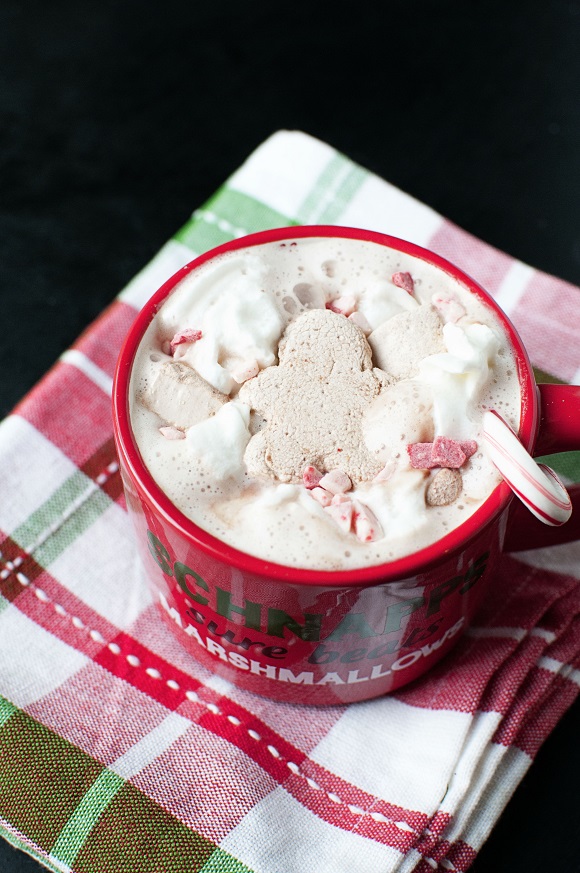 « Let It Snow…Ball
In Defense of Phil Kessel »