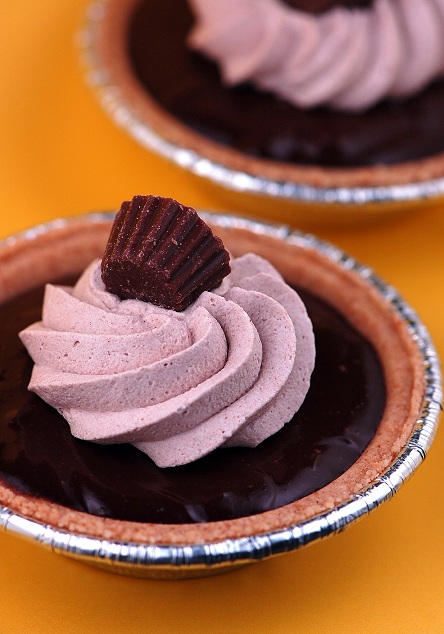 So I have a lot of teenage readers and I got a question through email that I originally was just going to write back to them directly and be done with it but I thought I would address it on the blog. It’s a super long email so I will just paraphrase the jest of it. Basically this girl’s parents don’t like talking about sex at all with her other than to just say don’t do it. She says that she really likes a boy and was trying to talk to her mom about it and got shot down.

I just want to say to parents that if you teen is trusting you enough to come talk to you about sex be thankful. Regardless of your feelings on it, at least hear them out as open lines of communication are especially important during the teen years. When I taught 8th grade I can’t tell you how many kids would come to me with their real life problems because they didn’t feel they could talk to their parents about it. And parents please do not use the excuse of your kid is a good kid and therefore would never do those things. I will tell you that in my years of teaching junior high that it was not the “bad” girls who got pregnant it was usually my sweet unsuspecting honor student (usually a band geek…American Pie movies weren’t that far off 😀 )who fell madly in love with their boyfriend that ended up with a baby on board.

When I was 15 I was head over heels in puppy love with my first real long term boyfriend. He never pressured me in any way but you know, things get heated and you have hormones and such. I went to my mother and we had a talk.

I will give the advice that my mother gave me when we talked about sex and not the this is a penis this is a vagina kind of talk. A real, honest talk. She told me that while she expected me to be wearing a white wedding dress she had hoped that I was wearing black underwear. 😉 I was a little shocked but she went on to explain that she said that not everyone you fall in love with is who you marry. You will have many different types of love throughout your dating life. She told me that she knew that I would have sex before marriage (shhh, don’t tell my dad) but that she would hope/would be disappointed if I did it just because everyone else was or I did it because the boy wanted me to and I was unsure but didn’t want to lose him as a boyfriend. She told me I should be in love and to think about if I saw myself with that person in the long run.

After much decision making I figured out that this probably wasn’t the long haul boyfriend. He was going to college at the end of the year (he was a senior and I was a sophomore) and that longevity wise it wasn’t going to be working. And it didn’t. I was happy that I did not have sex with him. I didn’t feel ready and talking with my mother helped. Now if you are like my reader and can’t do that, I suggest talking to a school counselor or an older trusted friend. For those wondering, since I’m pretty honest on here…I lost my V-card when I was 18…ironically to the guy I was thinking about losing it to when I was 15. He came back and found me my freshman year of college (yes, I am special :P). That time was the right time.

While we all want to tell teenagers no, don’t have sex, we really must live in reality. If you don’t live in reality than your teen could be getting information from friends…and you don’t want that. We used to teach a sex ed class after school (parent permission) and I was shocked at how VERY wrong the kids had it. My favorite to this day is one of my honor roll boys who thought that women’s breast were like lizards…if one got chopped off, a new one would just grow back…and of course the always disturbing statistic that 99% of the girls in our class all thought you can’t get pregnant on your first time having sex.

Try and save the hate mail. I’m not saying teens run out and have sex…I’m just trying to get parents to have real conversations with their kids and never to assume their kids aren’t/won’t have sex. Give them chocolate instead and tell them often…it’s just as good. 😉

This pie kind of ranks up there if you are a chocolate and peanut butter pie lover. Save yourself some time and just buy the premade graham cracker shell. I of course used the mini shells so that each kiddo could get an individual pie (you just feel more awesome when you get your own pie). I love the use of the chocolate milk (be sure not to get the low fat kind) and just how simple in general this pie is to make.
Hope everyone had a great Pi Day…if you didn’t make a pie…it’s not too late, this one takes no time at all.

Place marshmallows, peanut butter, and chocolate chips in a large bowl. Set aside.

Using a small saucepan whisk together the chocolate milk and cornstarch. Stir in salt. Cook and stir over medium heat until the mixture thickens and boils. Cook and stir for 1 minutes more. Remove from heat.

Pour hot mixture immediately over the marshmallows, peanut butter, and chocolate chips. Let it sit for 3 minutes. Then whisk to make sure that everything has melted. The marshmallows will take a while…if they don’t melt completely that’s okay. Cover the bowl with plastic wrap and put in fridge for 30 minutes.

Remove from fridge and spoon into pie shell. Refrigerate for at least 4 hours (I did mine overnight).

You can make a full size version of the pie. Just double the ingredients. 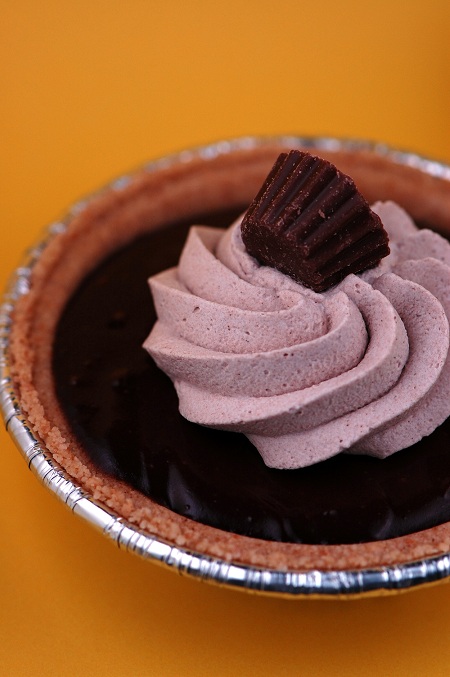