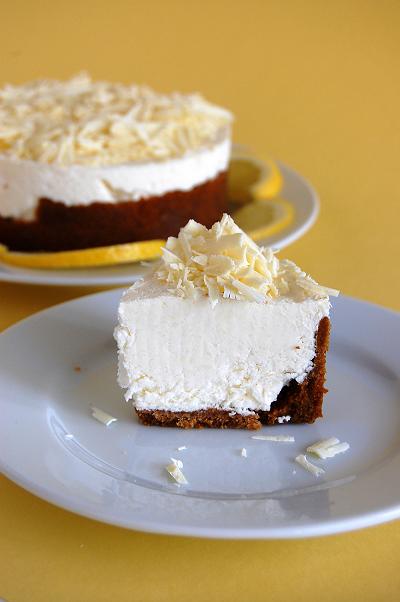 Dear Kirstie Ally,
How brave it was of you to go on to Oprah and push your new weight loss program. The one you haven’t actually lost much weight on, but plan to. The one where you claim you are going to lose it all by November of this year.
I’m actually all in favor of this WILL going to happen stuff, that is why I am writing you. I plan on inventing something really great. I can’t tell you what it is yet (just like you can’t tell us what your diet is…knew you would understand). Since my great idea is going to make me a ton of money, I thought that you could loan me the money up front and I could pay you back in November. How’s that working for you?
Peabody

Ah, Kirstie. I am so tired of hearing how brave she was to show people she was fat again. She is not brave, she needs money. She wanted to promote her soon to be new weight loss program (run, don’t walk to buy that crap).
Kirstie is the shinning example of why people should never say the phrase “I’ll never be that weight/size again” because reality is, you might be. I cringe when they say it on the Biggest Loser, I cringe when Oprah says it, I cringe when my friends say it. It’s not that I don’t want any of these people to keep the weight off, it’s just been a pattern. Food is not the issue with most people…though it is for me (love me some food).
Which is why I am such a love yourself where you are at this moment kind of person. Fat, skinny, tall, short (or fun sized as I like to call myself), bald, hairy, you name it. It’s you, please celebrate that.
And I am not quite sure why society is so obsessed with it anyway. I mean, let’s take the other yo-yo dieter of the world, Oprah. Why does she feel the need to come out and apologize for packing on the stress weight? She is a busy woman, she’s bound to stress eat from time to time.
And what about the opposite? Lindsay Lohan, she’s melting away. I’m quite sure the magazines that are snapping her photos aren’t doing it out of concern for her health. She broke up with someone. She’s sad. She’s dropped weight. Pretty much every girl I know who breaks up with someone drops a few pounds afterwards. Why should we be concerned. If it is an unhealthy weight for her let the people around her who are her friends and family deal with it.
If Lindsay does want to pack on a few pounds though, this little dessert can help her out. It’s very deceiving in the fact that it is very light to taste, but with heavy cream and cream cheese, light is not exactly how one might want to describe it. The best part is, no baking and can be made ahead of time. Perfect for say a Memorial Day celebration. This originally was a key lime mousse cake but I couldn’t find any, and wanted fresh. So I switched to lemon. I also switched out the graham crackers for gingersnaps to give it a little more of a bite.
Hope everyone enjoys your holiday (if you celebrate it) weekend. Be safe! 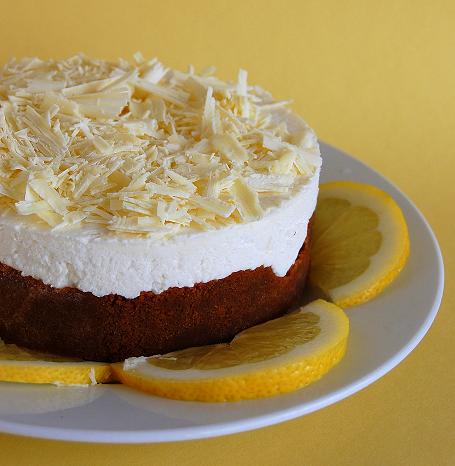 For the crust:
In a medium bowl, combine the gingersnaps, butter, and sugar. Press into the bottom and 1-inch up sides of a 10-inch springform pan. Set aside.

For the filling:
In a large bowl, combine the lemon juice and gelatin; let stand for 2 minutes.
Bring ½ cup cream to a simmer in a small saucepan. Remove from heat, and add white chocolate, stirring until smooth. Stir in the gelatin mixtures, and allow to cool.
In a large bowl (or use a stand mixer), beat cream cheese, sugar, and lemon zest at medium speed with an electric mixer until combined.
Slowly beat cooled white chocolate mixture into the cream cheese mixture.
In a large bowl, beat remaining cups cream at high speed with an electric mixer until soft peaks form. Fold into white chocolate mixture, and pour into prepared springform pan.
Cover and freeze overnight.
Remove from freezer and gently run a knife around the edges of the pan to release the crust from the side of the pan.
Garnish with chocolate curls.
Cut into wedges with a knife that has been dipped into hot water. 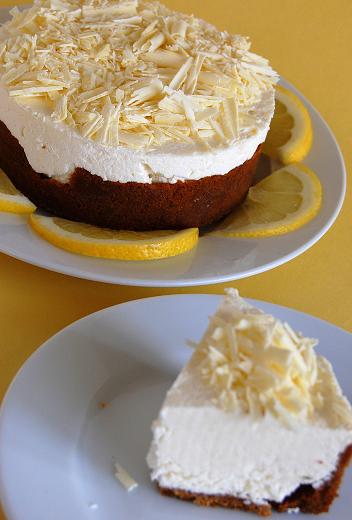 « Tropic thunder…well, buns…
Blow that sunshine right up your…. »