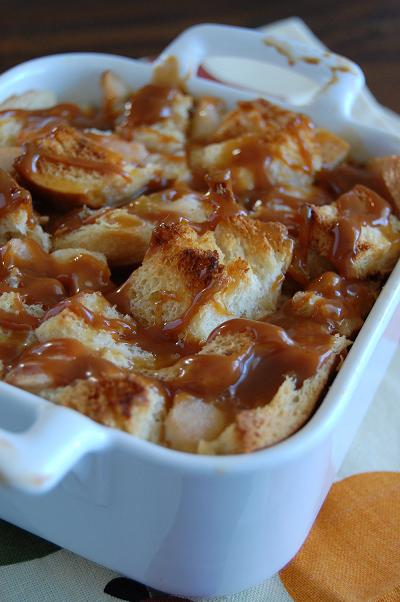 Since when did getting an education become a bad thing?
In my day, you either went to a community college for 2 years and then on to a 4 year university or you went to a 4 year university….for 4 years. Now granted I took 4 ½ years, but I got two degrees during that time and I went an extra semester just so I could student teach in the Fall (I wanted to see how a teacher set up her classroom, not one that was already established). And no one looked down on your for going to the same college all 4 years.
But I was listening to the radio the other day and a McDonald’s commercial came on. It was making fun of Starbucks by saying now that they offer all these coffee’s you no longer have to have  a degree in Russian literature to drink coffee. It says that you can go back to reading gossip magazines. Umm, really? I don’t feel like I need a degree in Russian literature to drink my Venti, half-caf, non-fat, sugar free cinnamon dolce, no whip (yes, I am difficult coffee orderer). Has no one who works for Corporate McDonald’s been to a Starbucks? I wouldn’t call most of the people in there sophisticated…heck, half of them are teenage girls…reading gossip magazines. Yes, Starbucks carries books and tries to promote reading (the horror) but I don’t get the feeling that I need a doctorate to do so.
Then there is the election coverage where it is implied by a certain favorite VP candidate of mine that I am somehow elite for getting a four year education at the same university. Yes, I feel elite driving my 5 year old (but paid for!) Ford Focus. I feel elite cleaning my house in sweatpants with holes in them. I feel elite when swinging by the Taco Bell on a Thursday night because I am too tired to cook. That’s me, elite.
Now don’t get me wrong. If you don’t get your degree in 4 years or all from the same university that is fine by me. But don’t belittle me because I did. Don’t have a college degree? Also fine by me. I was never one of those teachers who felt that every kid should go to college, because every kid shouldn’t. Some people are just more inclined to do work that doesn’t require a traditional college degree. I have several college degrees…but I sure can’t fix my car. But again, why make fun of me because I did get an education. It’s just so weird to me.
Now one thing I am an elitist about is dessert in a restaurant. Again, not your mom and pop type place, but an upscale place. If I am paying $9 for dessert, it better be flipping FANTASTIC. Case in point, we went out the other night to a new place. I really liked everything but stuffed myself silly. But, I saw on the menu that the had a Pear Bread Pudding. I have this thing where if I go to a restaurant and they have bread pudding and I haven’t had it yet, I order it. Kind of like my own personal quest to find the best bread pudding. $9 this sucker cost me. I got it home and it was quite large (so I was quite excited) but sadly the bread was almost dry (weird for bread pudding) and the pears were crunchy. Boo. What a waste. Of course I had to set them straight.
Since Anita (Dessert First) was the host of this months Sugar High Friday and her choice was spice, I thought I would show that restaurant how pear bread pudding should be looking and tasting. And since nutmeg goes so nicely with pear, and nutmeg is a spice, I figured this could be my entry. This one is made with a basic French bread. I saved money by buying day old bread…so this is a budget dessert (HA!). You can use whatever type of pear you would like but just make sure they are ripe, I learned all too well that crunchy pears are not good in this.
You can use whatever sauce you would like. I used a Dulce De Leche sauce that someone had given me. It was very tasty. I think a nice crème anglaise spiked with a little nutmeg would be great. And of course you can never go wrong with caramel. 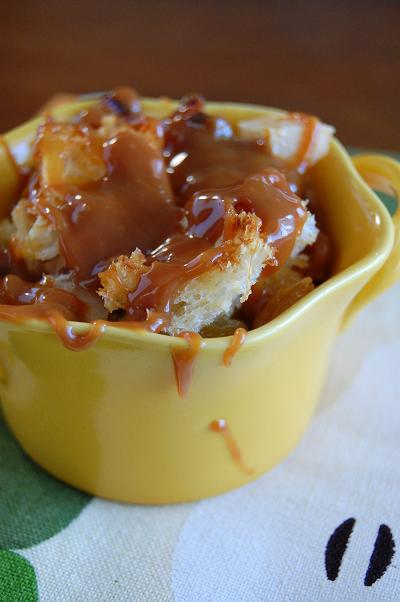 The night before making the pudding. Cut French Bread loaf into rectangular pieces. Lay them out overnight on the counter uncovered, as to get stale.
In an greased but not floured 8-x-8-inch pan, sprinkle as many bread pieces as you can on the bottom. Sprinkle with ½ of the diced pears and ¼ cup raisins.
Mix the egg yolks, sugars, vanilla extract and nutmeg together in a bowl. Then stir in the heavy cream and milk.
Pour the custard over the bread first layer of bread. Press down the bread pieces until the bread is soaked with the custard. Again sprinkle bread (you will most likely have left over pieces…that’s okay, make croƒ»tons or bread crumbs out of them). Sprinkle the remaining pears and raisins on top. Pour enough custard over the bread so that when you press down on the bread, the bread is soaked in custard. Depending on how stale your bread is you may likely will have extra custard. Don¢â¬â„¢t feel like you have to use all the custard.
Place pan into another pan that will hold a water bath. Bake the bread pudding for 45 minutes to an hour until golden on top. Cool 10 minutes and serve warm. Serve with Dulce de Leche or Caramel sauce. 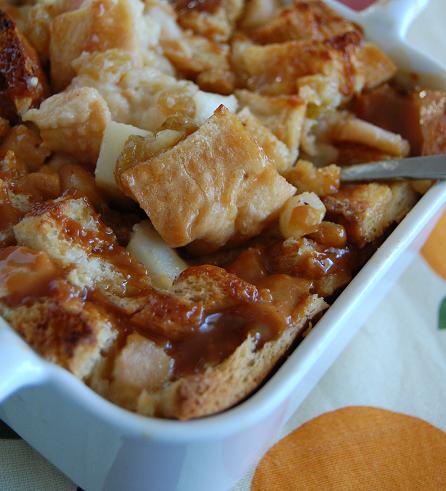