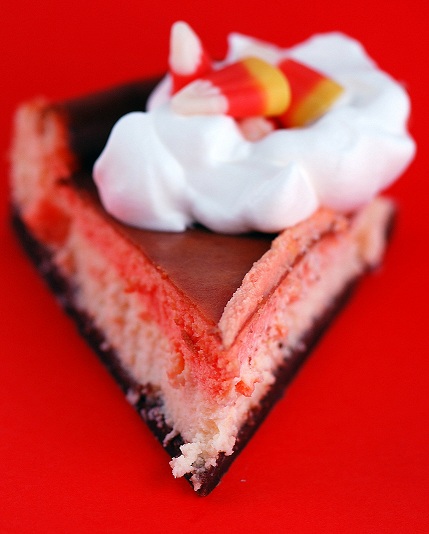 I used to teach with a teacher who was a horrible pathological liar. When I say horrible I don’t mean just that she was horrible for always lying, I mean she was bad at keeping track of the lies. My favorite of all time was when we had a school carnival. We as teachers were all required to work a booth for 1 hour. And while giving up a Friday night isn’t all that awesome it only happens once a year so it’s not like it killed us. Plus it’s a great way to interact with the students and their parents in a casual way.

So one year she makes up and elaborate story I don’t even really remember what it was about but when it came down to it there was no way she was going to be able to come and work the carnival. Since we do the planning months ahead of time she apparently forgot this. Only to show up to the carnival with her family. She is the woman who calls in sick only to post on her personal blog that she played hooky from work that day to go shopping. She’s the one to tell everyone she doesn’t have any money to help out with something and then show up the next day with a new Coach bag and show it off to everyone. She faked getting a degree to get out of having to sponsor a club afterschool, claiming she had class. Yeah, no degree.

It must be exhausting trying to keep track of what you tell who and when. In case you were wondering, she was transferred to another school, she had tenure so couldn’t be let go (though I wonder now where she is) so they just moved her around to four different schools. Kind of like a bad lottery. Congrats, you lose.

For me, I have trouble keeping track of recipes. I print them off and stack them and they go to some faraway place. Only to clean and find them. I found this recipe that I had planned on making into candy corn cheesecake like two years ago. But I found it and gave it a go. It doesn’t have as much candy corn flavor as I would like but those are the breaks. 🙂 It’s festive all the same. 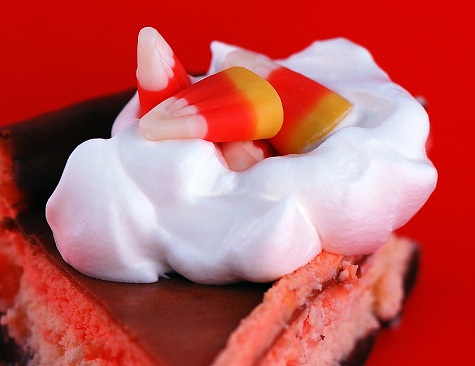 Preheat oven to 300 degrees F. Brush some of the melted butter around a 9 by 3-inch cake pan or 9 inch spring form pan (which is what I used).If you use spring form be sure to wrap in aluminum foil to prevent water getting in. Adhere parchment to the bottom and the sides. Let cool.

In a small bowl, combine crumbled chocolate graham crackers, the remaining melted butter, and 1 tablespoon of sugar. Press the mixture into the bottom of the parchment-lined pan. Bake for 10 minutes.

In a mixer with a paddle attachment, beat sour cream for 10 seconds. Add the cream cheese and sugar and mix on low for 30 seconds and then turn up to medium. Scrape the bowl.

In a separate container, combine vanilla, eggs, yolks, and candy corn infused heavy cream (1/2 cup). With the mixer on medium, slowly pour the liquid mixture in. When half of it is incorporated, stop and scrape. Continue adding the mixture until the rest of the ingredients are incorporated. Once completely combined, pour half the mixture into another bowl. Add orange food coloring to one of the bowls. Pour the white layer into the cooled crust and then the orange layer and swirl using a knife.

When ready to serve, place the entire cake pan into a hot water bath for about 15 seconds. Unmold onto a cake round or serving dish.

To slice, place your knife into a hot water bath and wipe dry each time you make a pass through the cake. Top with whipped cream and candy corns. 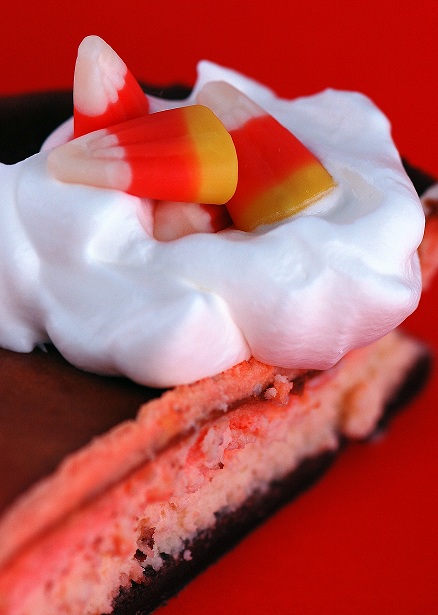 « PSA on Furbaby Friday…
The month of thanks… »