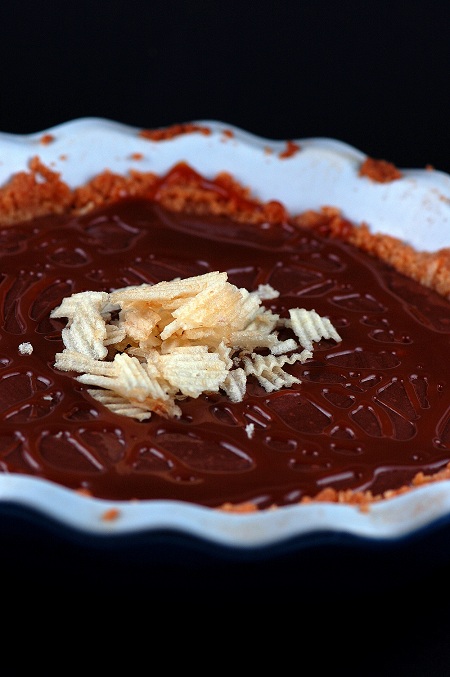 I think there are three times in life when people should get showers thrown for them. #1 when you have your FIRST baby (with the exception if there is a large, and I mean large gap between children). #2 when you move into your first apartment. #3 when you get divorced. Yes, you read that right, I think there should be a divorce shower. When you get married you are already combining two sets of everything and then you go and register for even more stuff and try and find a place to put it. You register for stupid things you don’t even really need but somehow feel entitled to get because you are serving people a meal to help you celebrate in your day. I have friends that five years later still haven’t opened up things the received. Friends with multiple silver tea sets, and they haven’t used one. But when you get divorced you aren’t combining efforts…you are separating them.

When I moved out the cost was INSANE. Other than getting the dining set that I was in love with and my nice desk, all of my furniture is back to the days of college all over again. You know the stuff that comes in six million pieces and the directions coming in French and Chinese only. And there are pictures on how to put it together, but too bad it’s for a dresser and you are putting together a TV stand. Yeah, that’s the kind of stuff I have now.

Truthfully I would have loved a shower. Then maybe my sheets (because we had a king and now I have a queen, so I had to get new sheets) wouldn’t be pink flannel snowmen (they are cute though) and my standard sheets wouldn’t have little sharks on them (both donated to me). What is funny is that the shark sheets are from an 8 year old who switched to a pirate theme for his bedroom instead, and since they were bought on final sale, they became mine. I have plates, but I got the good plates. Which means I have to hand wash them, and this girl is far too lazy to do that. A shower would have helped with this. It could have helped me get a bedspread that actually fits my bed. I currently have a king bedspread that drags onto the floor…and matches nothing. Garbage can for the kitchen (I can’t believe how expensive those things are!). And storage, storage, and more storage containers.

That and I wouldn’t have minded a shower ala Phoebe from Friends. No, not a baby shower (shudder) but one where people just bought me booze and leather pants (well, not leather pants…I’ll save those for washed up Whitesnake fans). A well-stocked bar is a divorcee’s friend I tell ya. 😀 So is chocolate.

I have been a late night snacker as of late and have bouts of insomnia. Some of the awesome medication I am on for my festive autoimmune anemia thing my body decided would be cool to have has me wired at night. Only at night. During the day I drag. It’s awesome. Not. 🙂 Oh well, it is what it is. I saw a review (a favorable one at that) for the new Ben and Jerry’s Ice Cream Flavor called Late Night Snack. It’s Vanilla Ice Cream with Salted Caramel and Chocolate Covered Potato Chip pieces. This pie was inspired by that. It’s a potato chip and shortbread (Girl Scout Trefoils…those little doe eyed kids keep suckering me in…the last one was wearing a Team Canada hat…how can I say no to that?) crust filled with a chocolate marshmallow whipped creamy middle, then topped with salted caramel. It’s a major salty-sweet dessert and I ate it with a fork (because I can).

On a side note to the person who wrote comment number #19 of the Za! post. My undergraduate degree (I assume that is the one you were referring to) is from Norther Arizona University… oh and have a nice day. 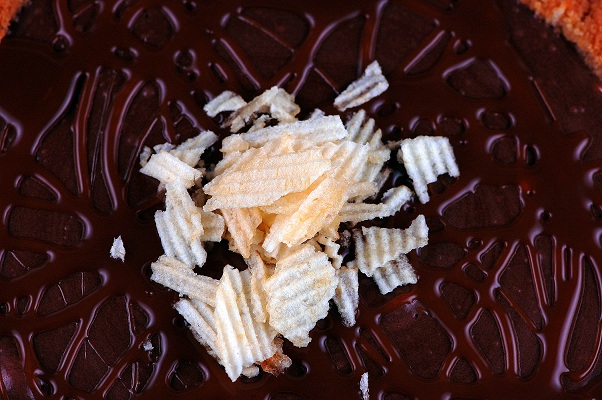 Preheat oven to 375F.
In a medium bowl, mix together all ingredients until fully incorporated. Press into a prepared 8-inch (I only had a 9 and I had major shrinkage, so I would use an 8 next time) pie pan. Press really hard to pat down the crust. I used the bottom of a glass to help with this.
Bake for 10-12 minutes. If you have pie weights (I do, I couldn’t find them) throw some parchment paper over the pie crust and toss in the weights. It needs it, it likes to shrink. Look for the crust, especially the top around the edges to get brown, not Cajun brown, just brown. 😛

Let cool completely before you fill with filling.
Chocolate Marshmallow Whipped Cream Filling:
10 ounces semi-sweet chocolate chips
7 ounces marshmallow fluff (you could probably use marshmallows instead)
½ cup whole milk (yes whole)
2 cups sweetened Whipped Cream (not liquid, cream that has ALREADY been whipped). If doing yourself add about 1 TBSP sugar to your liquid whipping cream before you whip it.

In a saucepan, combine chocolate chips, marshmallow fluff, and milk and cook over low heat until everything is smooth. You might have to flatten out the chocolate chips and marshmallow as it cooks with the back of your spoon to help the process along.
Remove from heat and let cool. Fold in whipped cream until fully incorporated.
Pour into pie and refrigerate for at least 4 hours, or even better overnight.
Top with Salted Caramel Sauce ( I used this one) and extra potato chips. Dive in, plates optional. 😉 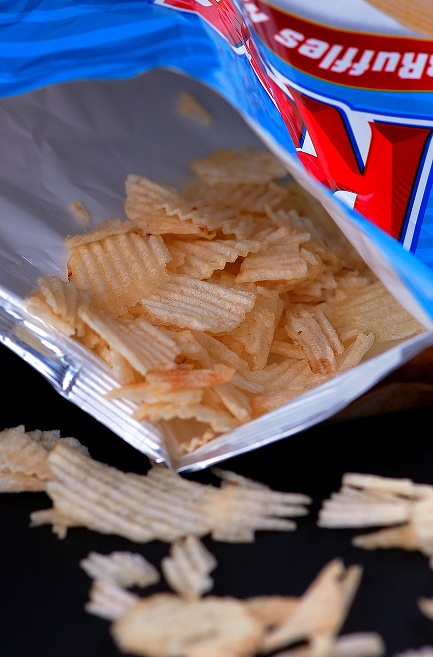 « Za!….
Ohana means family. Family means nobody gets left behind, or forgotten… »