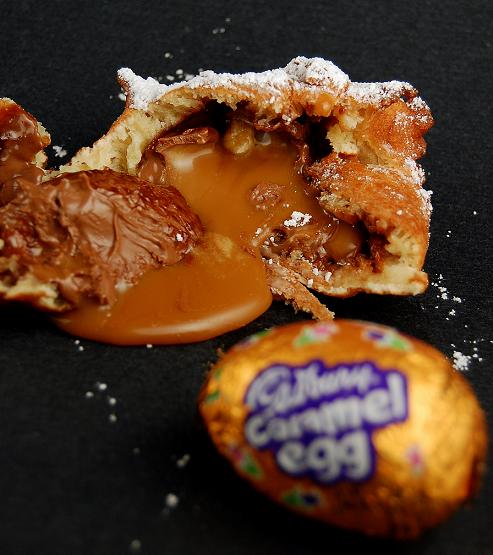 If you are a fan of LOST, let me just say that contrary to popular belief, I am not the black smoke. I am not spreading evil throughout the world. I am just spreading it to your thighs. 😛

So many a person wrote that they wanted to know when would I be making a Cadbury Caramel Egg cupcake like I did with the Crème Egg. And though it was tempting, I just didn’t want to make the same kind of thing again.

One of my fellow Seattle area food bloggers, Lara of Cook and Eat, wrote a doughnut book. She was all happy that it was pre-listed on Amazon.com (as she should be) and it got me thinking about deep fried things. The British love to deep fry stuff. One of my favorite treats at the pub are things called Scotch Eggs. They are hard boiled eggs, wrapped in sausage meat, breaded and then deep fried. They may sound odd but boy are they good. And after a few pints, they are really good.

These deep fried Caramel Eggs are crossbreed between the idea of the doughnut and the Scotch Egg. There isn’t much too these. Just some funnel cake batter that I make with brown sugar and Lyle’s Golden Syrup instead of granulated sugar and well, some frozen Caramel Eggs. They held up quite nicely. Even the ones that didn’t get fully coated in the batter. I also experimented with the milk chocolate covered Peeps. Which sadly did not turn out as well.

These are about as good as you would expect. I mean, doughnut batter wrapped around oozy milk chocolate and caramel. Okay, on second thought, maybe I am the black smoke. Hmmm. Now that would be a LOST plot twist. 😉 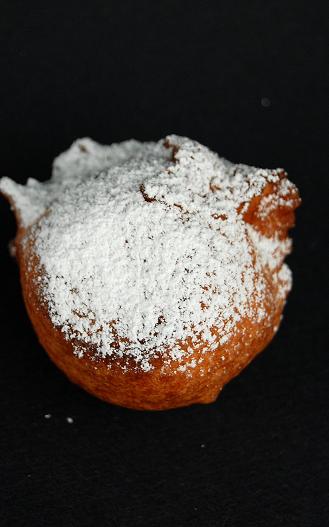 Test the temperature by dropping a pinch of flour into the hot oil. If it sizzles right away without smoking, it’s perfect.

Beat egg and milk. Mix all other ingredients in a separate bowl and slowly add to the egg mixture, beating until smooth.

Fry for about 2-3 minutes, remove from the oil when golden brown and crispy and place on paper towel to get excess oil.

Sprinkle with powdered sugar and serve. 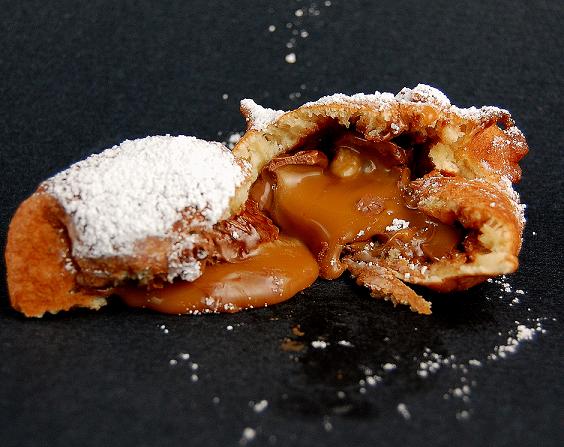 P.S. No one from Cadbury has paid me to promote their product. Just kind of obsessed. But if they want to send me free chocolate, feel free Cadbury, feel free. 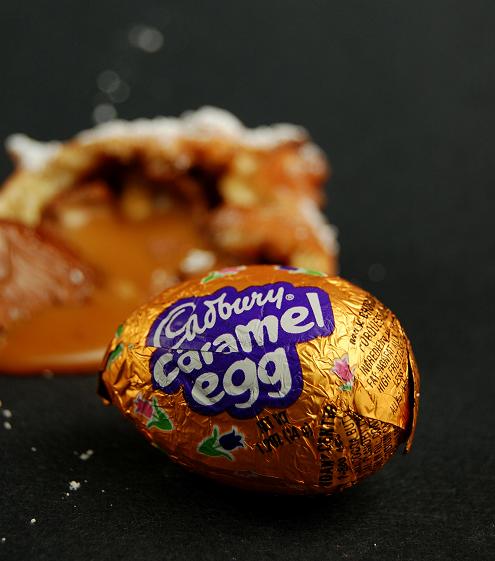 Day two of #summerdessertweek and today I offer up

Day two of #summerdessertweek and today I offer up

It’s my birthday so I broke out the sprinkles. V