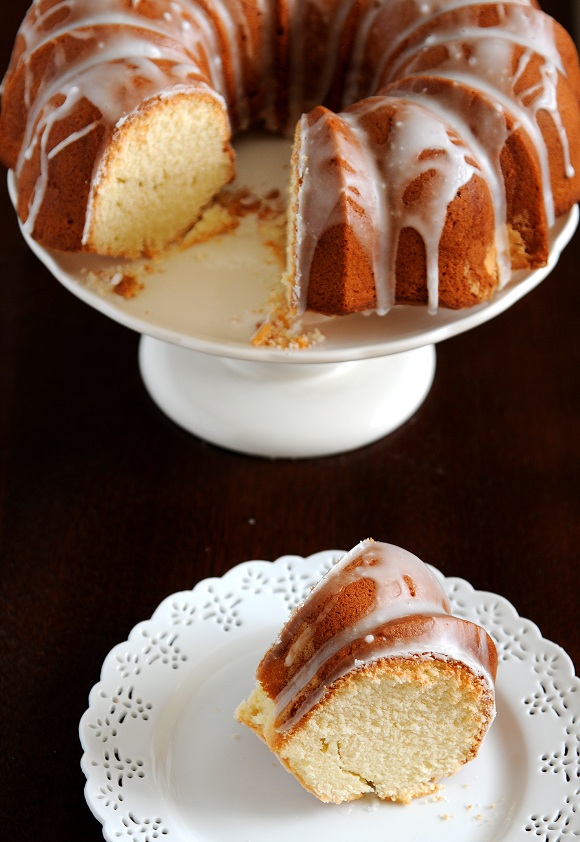 So when I was watching Top Chef Seattle on Wednesday they started the Quick Fire Challenge by being inspired by Canada Dry Ginger Ale. They had to highlight ginger in whatever they were making. Of course all but one went savory as they all fear the world of pastry usually on those shows. So I thought I would represent ginger ale in the dessert world. But not in a quick fire kind of way…pound cake takes a little more than 15 minutes. 🙂

For years I had heard about making pound cake with 7-Up. It’s quite popular in the south or so I am told. Having not baked since Christmas due to the hand I decided to get back in the saddle so to speak and make a 7-Up pound cake…only this time using ginger ale. So glad I finally tried it. Now I can’t compare it to the traditional version as I have never had it. I love that it makes the nice brown crust all the way around not just on the top. Ironically it reminded me of Sara Lee Pound Cake. Which isn’t meant to be an insult I actually like Sara Lee Pound Cake.

I originally thought that I was going to chop candied ginger in there…only to remember when I went to use it that I used it all at Christmas. Oops. So if you like yourself some candied ginger I would totally throw some in there. The glaze is just ginger ale and powdered sugar but you could add more ginger in that as well.

As far as Top Chef Seattle goes I was happy to see them do Bite of Seattle. It’s a fun event and I’m bummed I didn’t go last year as clearly they were there. Boo. Oh well live and learn. As far as contestants go: I’m happy that my girl Kristin is still hanging in there and being strong. Josie needs to go home…like 4 weeks ago. I’m tired of her saying I got good feeback…most people aren’t going to be brave enough to tell you it sucks to your face on camera. I’m impressed at how much CJ is kicking butt at Last Chance Kitchen.

I’d love to say that I am back to baking full time or even part time. I did kind of hurt the hand the whole time but oh goodie I get to go to another hand surgeon for a second opinion. But it was certainly good for the soul…and tummy. 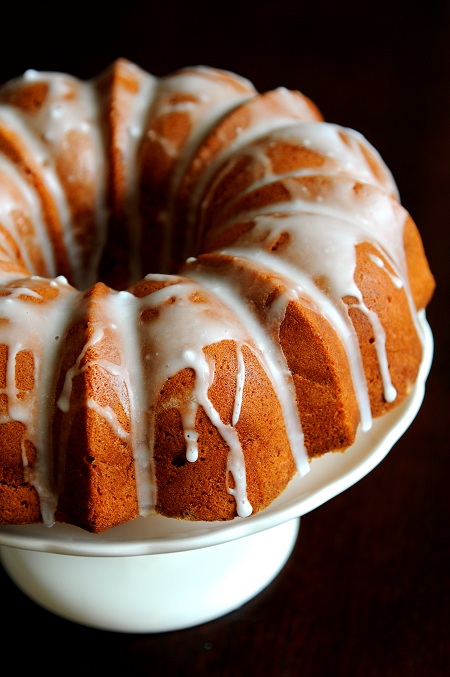 Spray a 10” tube or Bundt pan with baking spray.

Using a stand mixer with a paddle attachment cream together butter, shortening, and sugar on medium high speed until mixture is light and fluffy, about 5 minutes.

Add extracts and salt and beat for another minute.

Add eggs one at a time, scraping down the bowl after each addition.

Spoon or scoop (I find an ice cream scoop works best for this) batter into the prepared pan.

Bake for 1 hour and 40 minutes or until a knife or wooden skewer when inserted comes out clean.

Cool for 10 minutes on a wire rack.

Remove from pan and glaze.

Ginger Ale Glaze:
This recipe is an estimate basically I put about 2 cups of sifted powdered sugar and started with about ¼ cup of ginger ale. If you like a thicker glaze you might use less ginger ale or if you want a thinner glaze add more. Also if you want more glaze then you may have to make some more. After I glazed it the first time I went back and made some more. 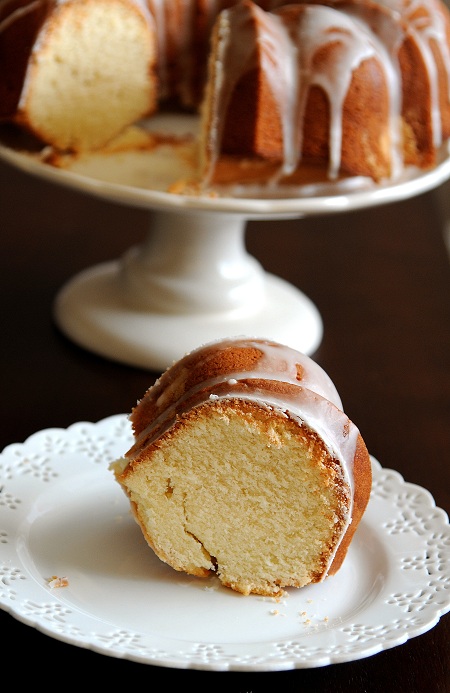 « One heck of a good sandwich….
Forget football…. »