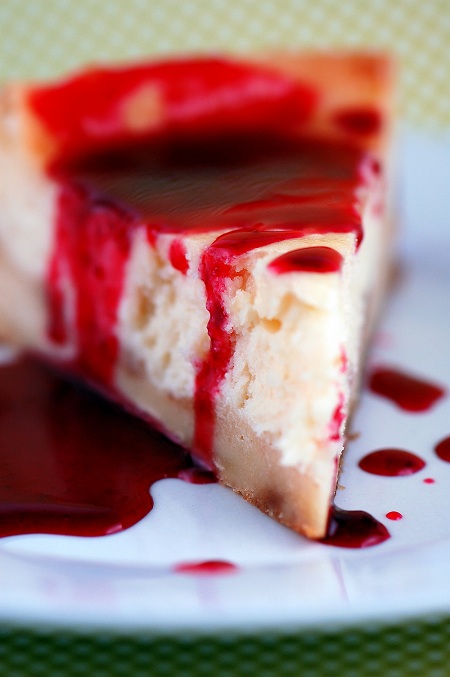 When I was going through my divorce I could have sworn that Sirius radio was out to get me. It seemed like every time I got into the car they were playing Third Eye Blind’s song “How’s It Gonna Be”. And stupid me would always listen to it and then proceed to bawl my eyes out. Now of course if that song was on the radio a year before my divorce I would have cared less, other than to go, oh I love that song and listen to it. But because I was going through something it struck a chord and would upset me. Which is often what this blog does to people, it strikes chord. I can assure you if you are a long time reader at some point I am going to strike a chord with you…it’s inevitable.

I can’t tell you how many times friends or acquaintances email or call me to ask if my latest post was about them? It usually isn’t. But what it does show is that they are usually guilty about something. Guilty about lying and how they live their life. Guilty about spending money they don’t have. Guilty about something I pointed out. Let me be the first to say that I am not on a high horse, I am no perfect saint and I break my own rules sometimes too. But they are reminders to myself, just like writing that we should all eat more veggies. 🙂

I struck major chords with the runner post. If you read down I said I was all for people running for exercise. Seriously, more power to you! I am for any and all exercise. I was simply trying to point out that no other sport/exercise has your friends telling you how they did or what their progress is…though people like to post all the time they are at the gym. I don’t need to know that is my point. It’s not being unsupportive. It’s just like I don’t need to know on a daily basis what you kid is now eating or how regular his bowl movement is. I also don’t need to see 63 photos of them, a couple are just fine.

Because of the running post that fueled a now former reader to unsubscribe from me and then write about me in a post. Which I totally support, that’s the great thing about blogs, you get to tell your opinion (even when mine is usually over exaggerated to strike a chord 😛 )and if you don’t like what you are reading…don’t read. I wish more people would follow that. But what I did love of course were the comments people wrote about evil me. One person writing that I deserved to eat a bag of dicks. Which truthfully, send on over. Red Rover, Red Rover send a giant bag of dicks on over! Seriously, if you live in the Seattle area Dick’s is a burger place known for “burgers by the bagful”…so I am all about eating a bag of dicks. I know people think they are trying to upset me but they are not. It really does take a lot for me to get upset. We once took a personality tests when I was a teacher, you know the are you Type A or Type B personality and the woman actually said to me “if there was a way to give you Type C I would, do you even have a pulse?”. Sure I do, I just let things roll off me way more than the average bear (hey Boo-Boo) does.

Not so much striking a chord, as getting me thinking, was a girl asking what your three favorite desserts are. I replied Bread Pudding, Key Lime Pie, and Cheesecake. And then it hit me, how on earth could I combine all three to make me the worlds’ most perfect dessert. I decided that instead of a crust that the bottom portion would be a thin layer of bread pudding, which I soaked graham crackers into the cream overnight to have the cream get the graham flavor. Then on top of that goes the cheesecake layer, key lime flavored of course. They are baked at the same time, not separate. I added a black/raspberry sauce that I made for an upcoming ice cream and it was pretty much heaven.

So if I ever do strike a chord, I am sorry. Though in all seriousness maybe take that time to reflect and ask yourself why is it that this is so upsetting to me? Am I unhappy with the fact that this is actually happening in my life? If not, just send me a bag of dicks. 😛 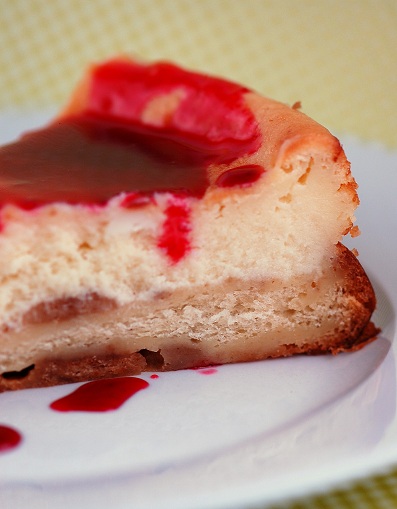 Let graham cracker pieces soak in cream in a small bowl covered in wrap in the fridge at least 4 hours, better yet, overnight.

In a large bowl combine the cream from the fridge with milk, eggs, brown sugar, and salt. Whisk until fully combined.

Dip brioche slices in custard making sure it gets very soaked in. Then layer the bottom of the pan, you will have to tear some of the pieces to make them fit. You only want one layer as you are making a crust so to speak. Press down to make sure the bread is in their tightly as batter will be going on top of this.

Set bread pudding aside and start to make cheesecake portion.

Using a stand mixer with the paddle attachment, beat together the cream cheese and sugar on medium-high speed until fluffy, about 3 minutes.

Add the eggs, one at a time, scraping down after each addition.

Add juice and flour and beat until fully combined.

Pour batter over the prepared bread pudding in the spring form pan, smoothing with a spatula to make sure it is even.

Bake for 45-55 minutes depending on your oven. You will know it is done when the middle is solid, but still has a little jiggle to it.

Remove from oven and let cool on wire rack to room temperature. Then place in fridge for 8 hours or overnight. Serve with raspberry sauce.

For the sauce:
2 cups raspberries
1 cup sugar
Combine the berries and sugar in a small saucepan, and bring to a boil over medium-high heat.
Continue boiling, stirring occasionally, until it reaches 220ºF (5 to 8 minutes). Let cool slightly, then force through a sieve to remove seeds (or leave a few seeds in there just to prove you made it). Refrigerate until cold before using.
Sauce recipe from Jenni’s Splendid Ice Creams at Home by Jenni Britton Bauer 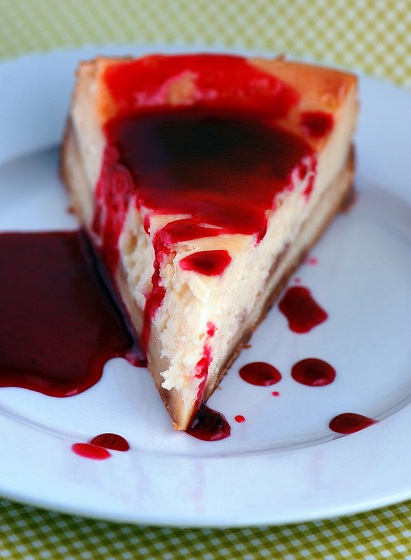