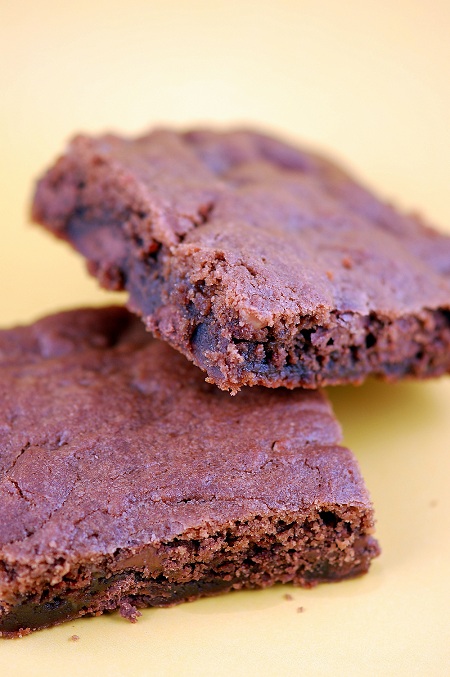 A friend sent me a blog link back in September 2010 and told me to take a look that she was disheartened. It was a then 17 year old girl desperately trying to get thin. Now I don’t mean she is obese or overweight to begin with and wanting to lose weight, I mean she wanted to get thin, thin. She was hoping for at least a size 1 if not smaller. Her blog was plastered with what she called motivational pictures of girls with their bones sticking through their bodies. She wrote hate posts to herself almost daily for eating. She would go days with just drinking black coffee and a few bites of Life cereal. She constantly wrote how much better life would be if she could just be her version of thin. She truly and honestly believed that her life would be better.

In January she met her goal, I’m pretty sure her body is the size of my leg…in fact, my leg might be bigger. Was she happy? No, in fact she is severely depressed. Because low and behold her life is not any better than it was when she weighed 7 pounds more. If you don’t like who you are at a size 20, or a 12. You are most likely not going to like yourself at a size 2 (or 1 in this case). Self-worth is not a number. It’s understanding that you have something to offer the world. We all do.

Now I won’t lie, I would certainly like to drop a few, getting divorced and then going back on large amounts of Prednisone have not been awesome in the weight department. But having more padding doesn’t make me a different person than who I was. It means my jeans are too darn tight. I have just as much to offer at my current size than my former size. And when I am off my meds, I will get back to that size again. No rush, because again, I know my world isn’t suddenly more awesome because of it. Though I do skate faster with less weight…that’s just common sense. And I am certainly not saying don’t lose weight if that is what you want. What I am saying, is that if you don’t love yourself regardless of what size or what job or whatever you are in your life…the number on the scale isn’t going change that. Start liking yourself people!

Let’s take Kirstie Alley for example; she started Dancing with the Stars this week (hangs head in shame…yes I watch that show). First off, I had no idea she was 60 years old, which I think she looks fantastic for being that age. And second, as we all know thanks to the media’s constant reports of what they guess is her current weight, that she is a thick woman. And that thick 60 year old woman went out and that dance floor and was pretty darn good. I was very impressed. Not that she could dance at that size or that age…mostly just because she was good at it. I have learned from far too many Zumba classes that I have the grace of Bambi on ice. I thought the Karate Kid was good too…except his hair looks off to me; does it look off to you? My point being (not the karate kid part) is that she is moving her body and you can tell she is really feeling good about herself, and making her more attractive.

When I was a Weight Watcher receptionist and leader and people would tell me that they didn’t want to buy nicer clothing until they got to goal weight I would advise them against that. I would tell them that if they dressed sloppy along their journey then they would not feel good about themselves and then in return that would reflect in their weight loss. Plus I always found that the minute I bought the expensive jeans my body somehow knew this and would drop a whole size just to spite me. 😛 The most stunning woman I know is not what I think most people would think of traditional beauty. I met her first at book club. She is very tall, and we will just say not waif-like. But she dresses immaculate and always very put together and gives off an air of confidence. And as we have discussed on here before, confidence goes a lot further than calling yourself fat and throwing up what you eat or not eating at all.

I’m sure that poor girl who runs that blog would never dream of touching my cookie bars, which is very sad because they went over really well. Really well. I tried them on out both the bff and some referees. In fact, it was the refs who named the bar…well they said Peabody Mud Bars…I added the double layer part just so you would know it’s a two parter. The first layer is a chocolate cookie with malted milk (use Ovaltine if you can’t find regular malted milk) with milk chocolate chips. The top layer is a mocha layer with toffee pieces and more milk chocolate chips. Like I said, these went over very well. Yes, they take a little time, but the more than happy expressions on the refs faces are worth the effort. Remember, baked goods say love. 🙂

Bake yourself a treat. You deserve it. You are a great person just as you are. 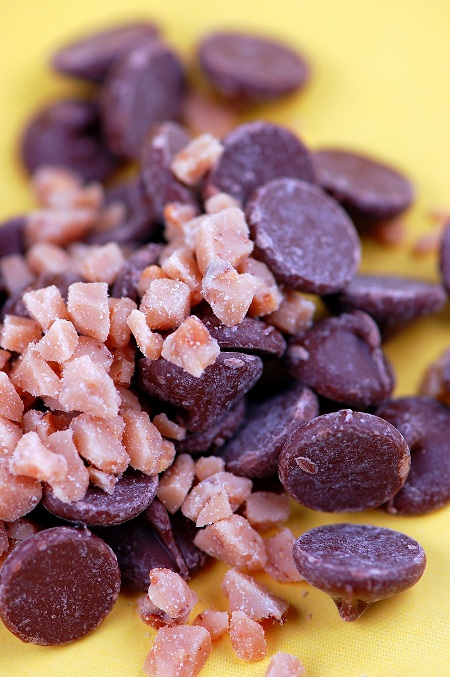 Beat in egg yolk and mix until fully combined.

Add the flour, baking soda, and salt with the mixer on low speed. Mix until fully combined.

Spread this layer on the bottom of the prepared pan. You may need to wet your hands a little to prevent the dough to stick to your hands. In this case, your hands work way better than a spatula. The dough will be thin because another layer is going on top.

Using a stand mixer, cream butter and sugars together.

Add the flour, baking soda, and salt with the mixer on low speed. Mix until fully combined.

Spread this layer over the top of the Malted Chocolate Layer. You may need to wet your hands a little to prevent the dough to stick to your hands. In this case, your hands work way better than a spatula.

Bake for 25-30 minutes. You want them to be a little gooey but not too wet, a knife should come out clean. 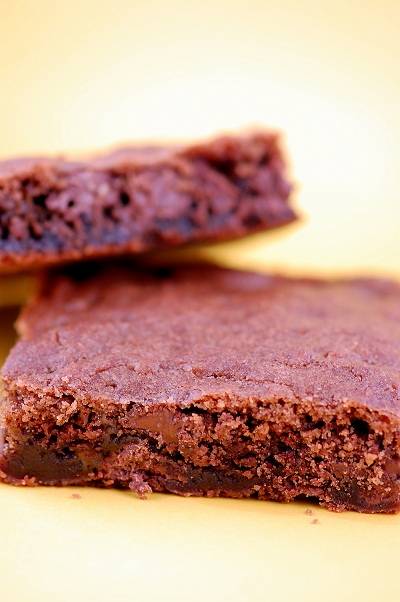 « In the defense of cupcakes…
Peep Show… »