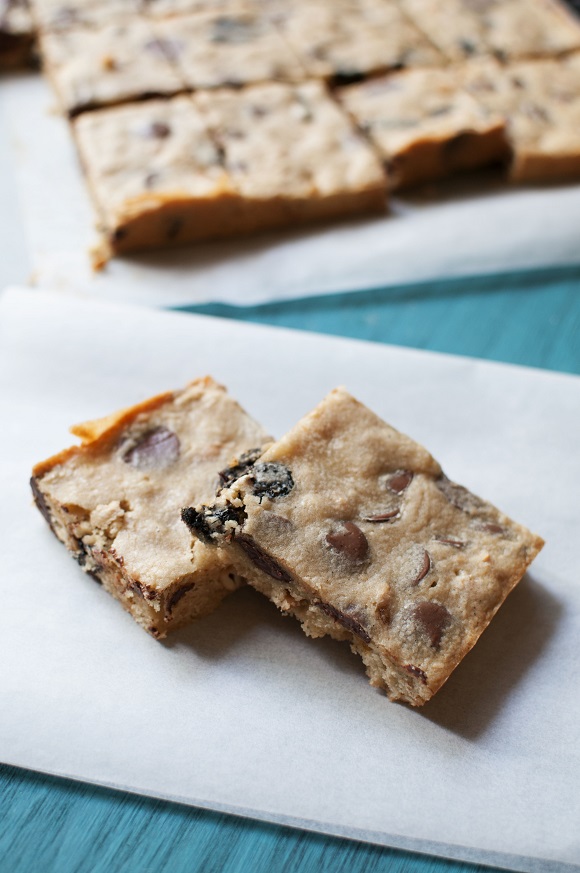 It’s Father’s Day. And I’m going to get a little controversial so I fully expect the hate mail. I’m going to talk about the shaft that father’s get in the reputation department. I hear my friends talk joke about it and they even made fun of dad’s in a recent Lowes/Valspar commercial. The idea that dads are somehow less of a parent, I’m here to tell you that they are not.

I will have female friends make fun of their husband because when left with the kids for a few hours while they went out for mommy time or whatever they came back and the place was a mess and the kids were all thrown off (I guarantee if you left for a while your kids would get into a new routine with dad and then when you came back YOU would be throwing them off). The Valspar commercial features a dad and the kids talking to mom via Skype and the dad assuring her everything is fine. But when they pan out the kitchen is covered in a HUGE mess with food everywhere. I find this a really crappy stereotype, a goofy lovable stereotype but a stereotype nonetheless.

I have a male referee friend (though he retired from reffing) who is a great stay at home dad of three kids (two girls and a boy). We actually had a non-hockey mutual friend because he used to be in her Mommy and Me play group. My Facebook feed is filled with him sitting at tea parties, fixing boo-boos, getting dressed up to go to the Daddy/Daughter dance, swimming with them, sitting listening to story time with them, riding bikes and I’m sure he does a million other things with them as well (and so does his wife who is equally an amazing mom…she just happens to go to work too). I respect their relationship so much. He clearly has faith in her to be the breadwinner and she clearly has faith in him to raise the kids (during the day) in what is considered the more traditional female role. I have no doubt their kids are going to grow up and do extraordinary things. Fathers are doing the same things that mothers are doing with their children: They are making memories and they are shaping lives.

This Father’s Day my husband got up and made the kids breakfast (here’s the recipe to his famous home fries), just like he does every weekend that he has them. He only has them every other weekend and four hours on Wednesday, not because he doesn’t want them more, but because Washington State while progressive in other areas, is rather backwards in the world of child custody. Washington State almost 99% of the time gives primary custody to the mother, unless that mother is willing to deviate from the standard and agree to other arrangements therefore perpetuating the myth that the mother is somehow more important than the father. I find that when given the opportunity father’s want to spend the time with their kids and want to be involved. When MDP’s kids were little he rearranged his schedule to be on 4/10’s so he could spend Fridays in their classroom. He goes to almost every activity they do. He recently rearranged his work schedule (now getting up at 4am) so that he can take his daughter to soccer practice at 3:30pm (which she has several times a week). He takes off time during work to take them to doctor and dental appointments. He is as active as he can be given the amount of time he has with them.

Are there deadbeat dads out there? You bet. Are there deadbeat moms out there? You bet. If you follow me on Pinterest then you know I have a board called Father’s Rights/Parental Alienation. I am a HUGE proponent of Father’s Rights. I support 50/50 custody. I have been raised since I was little to know that fathers and mothers are of equal importance. I am lucky that my parents stayed together. I would have had to hate to choose between them and being assertive as I am I would have asked to live with both. Sadly most kids are not as assertive as me and get stuck in a war of guilt from both sides to choose who to go live with. If you live in the state of Washington your children don’t even get a say in it until they are 18…and then they aren’t children at that point. As far as the Parent Alienation portion of the board that is near and dear to me because it has happen to my own family members as well as many friends of ours. Parent Alienation can happen to both men and women, though statistically speaking it happens far more to men than women, mostly because women are awarded primary custody more often. I won’t really go on to it here but please know this is something that is happening. We have guy friends who never get to see their children (yet are still forced to pay child support). The mother(s) tells her friends about how the dad doesn’t want to see them (yet we see proof otherwise from the dad’s in emails and texts begging to see the children). They make the child hate or fear the other parent. They don’t let the child talk to the other parent or if they do talk to the father, the mother stands there by the phone to make sure she can control the conversation. They don’t give the child gifts from the other parent. Like I said I can go on, my point being is don’t always trust the parent who says the child’s mother/father doesn’t want to be in their life (especially if that parent lives out of town or state).

So to all the dad’s out there know that YOU ARE JUST AS IMPORTANT AS THE MOTHER (and don’t let anyone ever tell you different). That every moment you spend with your kids even if it is just sitting on the couch watching Sponge Bob with them is important to them (even if they don’t know it yet). I have just as many great memories with my dad as I do my mom even though I spent more time with my mom since she was a stay at home mom. Just be there.

A special shout out of course to my own Father. Just like MDP (who fixed the dishwasher and is now putting together shelves)…I’m sure your Father’s Day won’t be restful 🙂 but at least know that you are greatly loved!

I made these bars before I hurt my hand. Though I am going to give baking a try this week (wish me luck). These are a great mix of salty and sweet. I used lightly salted cashews (I got mine at Trader Joe’s) so that the salty wouldn’t be over powered. The milk chocolate helps add the sweetness and the dried cherries were well…in the pantry and I didn’t want to pack them 😛 though they really do add something to the bars.

*Please note that this post was not intended to piss mom’s off. Mom’s are great (especially mine). I’m just expressing my opinion that mom’s are not better than dads…just different. 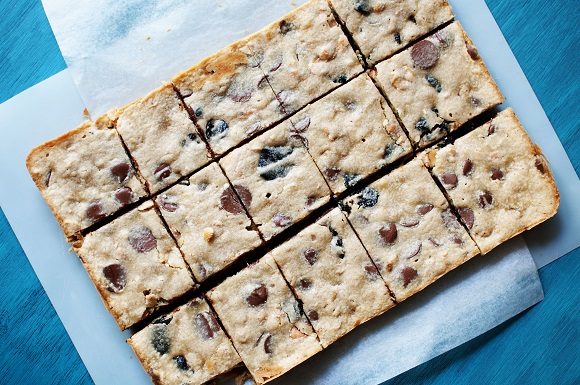