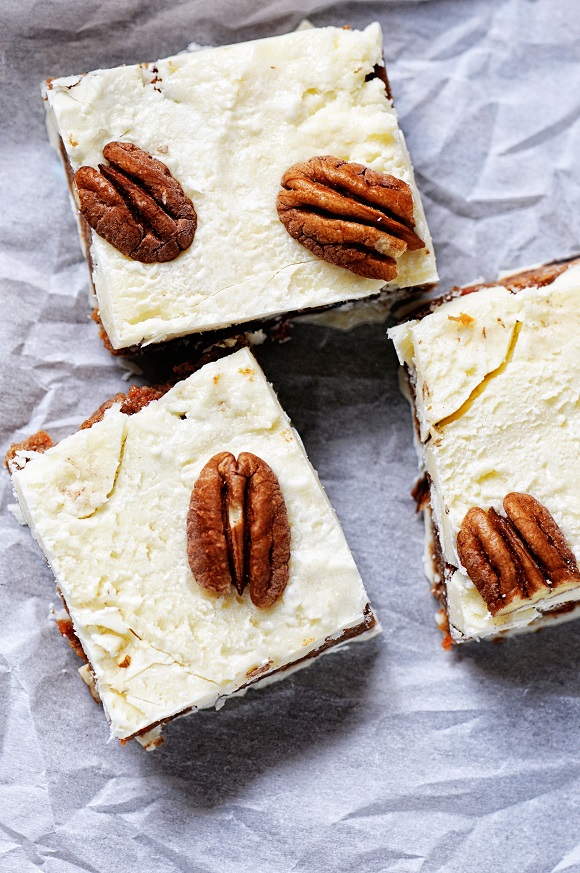 So I don’t watch the Biggest Loser anymore. I watched it the first season and tried the second season but by that point they had a sponsor for everything. Now don’t get me wrong I’m okay with sponsors…it keeps things going. But I could just tell that some of the sponsors they could care less about other than they gave them money. Which I have issue with.

I noticed a big change over the seasons as well when I would see it on social media. The women were getting smaller and smaller…yet starting larger and larger. All in the same time. I’m not in awe of this. I am afraid of this. Losing 155 pounds in 5 months is not healthy. Period.

The saddest thing perhaps when I saw her was I didn’t think oh she is so thin but that wow a woman in her 40’s was able to lose so much so fast. Only to find out she is 24! I thought she was older than me. She looks older than me. I have an acquaintance that has recently dropped a ton of weight (again) and has gone too far and now in my opinion looks older than she is. She’s been called Skeletor as of late by those who know here (to which I all told them to shut up as they would not want anyone calling them something horrid).

If she’s happy great and I not knowing her have no way of knowing if she is happy or not. She will however most likely have a lifetime of struggle with relations to food, which I wish on no one.

Okay, I’ve said my two cents and we move on to food!

I saw some Red Velvet Truffle Bark by Something Swanky and decided that I would give it at try…but with carrot cake because carrot cake is better in my opinion. She says she got two trays worth. I barely got one. I am not a good spreader. Then I had this crazy (read turned out bad) idea to add a little of the extra frosting to the white chocolate mix. DO NOT do this. It will cease up and you will have to start that part over. Oops. Live and learn. It was tasty though.

I would cut these smaller than what I did for the photos…they are pretty rich. I think they would be great for an Easter buffet, baby/bridal shower, or just all around snacking. And these are WAY more easy than making cake pops! 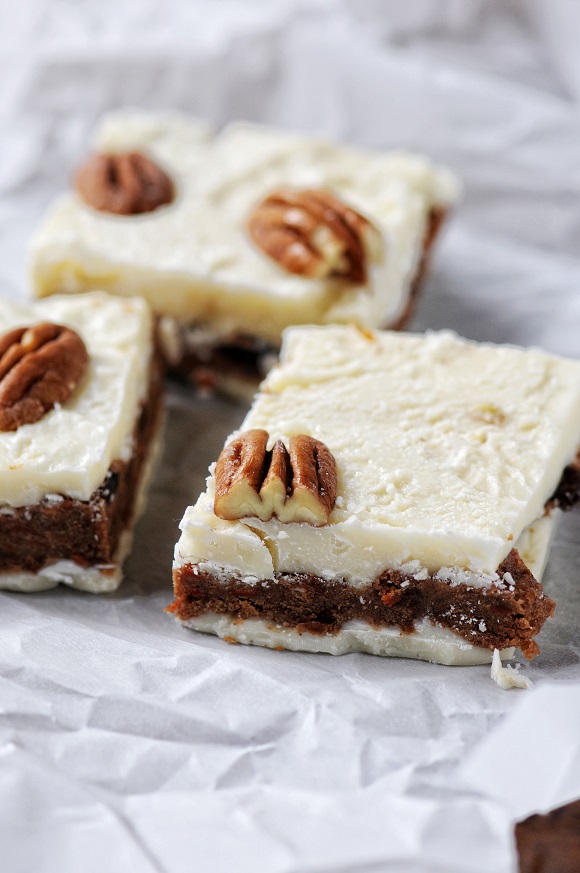 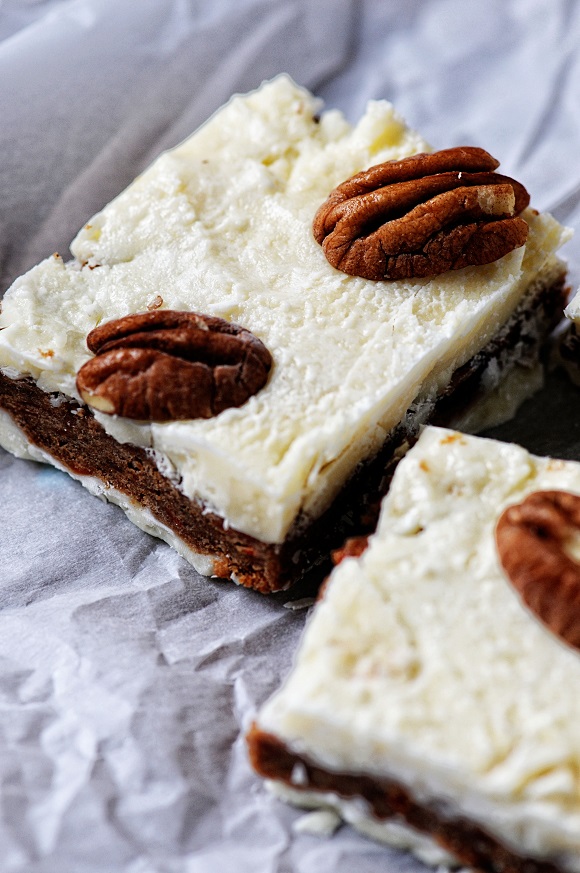