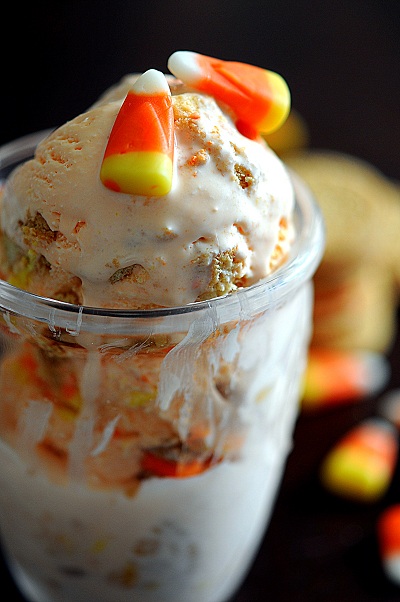 I had heard a rumor about Oreo coming out with a Candy Corn version for the Fall. My friend said she thought she saw them at a local grocery store only to find out they were being only carried at Target. It’s always a risk going into Target. For the most part I am good. I go in and get what I am shopping for. It’s when I go with MDP that I get in trouble.

He gets very shiny squirreled and then I do. The trip started off well. We had planned on just getting season two of The Big Bang Theory. As not only do I love it but so do MDP’s kids and we always get stuck watching the same episodes over and over again on TBS. MDP pointed out the Hello Kitty slippers and while OMG how cute I told him I already owned slippers and tried to quickly run away from them.

That was where my will power got left apparently. 🙂 As I bought all the seasons of Big Bang that they offer. Because I figured we are going to get though the season and then I will just have to risk coming back to Target. And then in the clearance bin was NHL notebooks. Which we don’t need but somehow bought. And we bought them out of them. And a couple large bags of Halloween candy that are now hidden to pass out on Halloween. Because I have a fear that our new place gets a lot of Halloween action.

But for the life of me I could not find those Oreo’s. I had given up hope and just went to the checkout isle. When what did appear before my eyes but the Candy Corn Oreo’s. I squealed in delight and the checkout girl gave me a look. MDP tried to explain to her that I had been looking for them for a while…she didn’t seem to care. Boo on her.

I knew what I wanted to make with them since before I got them. I had made Candy Corn Ice Cream before and not only was it simple (three ingredients) it was crazy good. Even the candy corn haters were loving this ice cream. So I figured why not make a Candy Corn Cookies and Cream Ice Cream. And so I did. And what a great choice that was. “Oh wow, do you know how good that is?” was the response I got from MDP. 🙂
In less than stellar news today I got laid off from my job. The economy is just not in a good place and maybe when it is I will get to go back or I wont. I guess it was irony though since I just bought useless things at Target. 😛 It’s a bit of a setback but such is life. It means we will have a much smaller wedding (not that it was large to begin with) but we will be married and that is all that matters to MDP (such a guy). Also means back to big time budget baking. 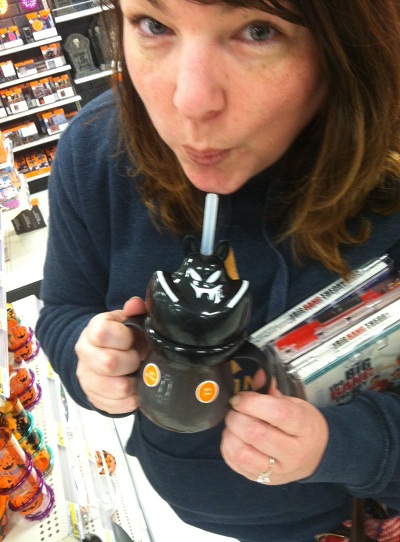 (I did not buy the bat sippy cup but notice my Big Bang haul…and yes, MDP and I are weird and take silly photos at Target and Costco)

Pour 1 cup of the cream into a medium saucepan and add the candy corn. Warm over medium heat, stirring, until you start to see the candy corn dissolve. Turn heat off and let cream come to room temperature. Add the remaining cream and milk.

Put into an air tight container and refrigerate overnight, at least 12 hours. When you can remember to, shake the container up to get the candy corn loose.

Remove from refrigerator and strain the milk/cream mixture through a sieve or really small strainer to catch the candy corn pieces that did not disintegrate.

Freeze in your ice-cream maker according to the manufacturer’s instructions.

After the ice cream is done, fold in Candy Cane Oreo’s and then put into a freezer safe container and freeze for a good 4 hours if not longer.
Top with extra candy corn if you would like. 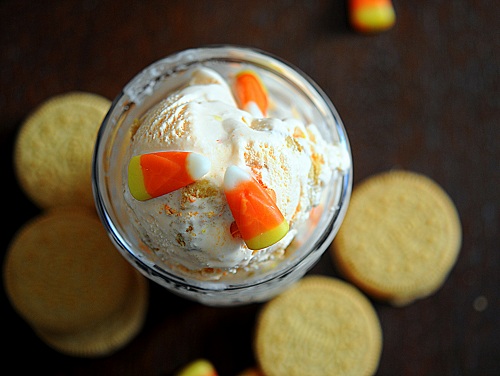