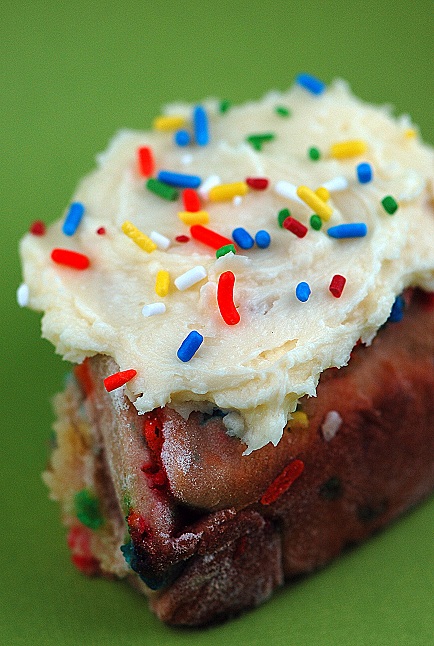 One time when I was a teenager and my parents went back to see my grandpa I was left to my own devices. I was left with grocery money (because I knew how to cook) and money for Chinese food (which is pretty much all I wanted to eat back then…kind of still do). For whatever reason I really, really wanted potato salad but we had no hard boiled eggs…but for some reason I had already boiled potatoes. So I had a great idea.

Put the egg in the microwave. So I did. It was fine. Since I was in a rush I decided I would put it in a bowl and run it under cold water to speed up the process. And with that I had hardboiled egg 4th of July…with little bits of hard boiled fireworks flying through the kitchen everywhere.

I cleaned up what I saw but I’m not a very good cleaner and when my mom came home in a couple of days she noticed right away (I missed the large chunks of the ceiling….who knew?) My parents weren’t mad or anything. I mean you know you have a good teen when you go away for 10 days and only come home to microwaved boiled eggs. 😀 But my mother was of course annoyed and swears she still found bits of egg over a two year span. I think she was lying. 😛

So I learned it apparently is a mistake to hard boil eggs in the microwave. Good to know.

These rolls are another lesson learned. I saw a recipe on Pinterest for just cake batter cinnamon rolls and that didn’t appeal to me so I decided that I would go the snail route (not that kind of snail) and fill mine with Funfetti pastry cream. But when I clicked through the recipe was super long and they had basically made croissant dough…which is awesome but oh so time consuming. And well I got me yet another part time job and so time is even more limited. So I decided to look up a no yeast quick fix cinnamon roll recipe. Big mistake.

So I made this dough that said it might be wet and if it is add more flour. I added and added flour to no end. I finally plopped it out onto the counter to roll out and it spread around like the Blob…it gave new meaning to the expression nailing down Jello. I added more flour which just mean these were going to be seriously tough rolls…they were. When I finally got them manageable I spread on the pastry cream and attempt as quickly as I can to cut them and put them into a pan. That was less than fun. It said bake for 15…it took almost 30. The recipe and me were not friends. So I didn’t include it and I am not going to link it.

While the rolls were a mistake the idea was good and if I ever get the time to make brioche again I will make these again. So be prepared to see them again at some point…with better results. But life is about making mistakes and learning from them. I’ve never boiled an egg in a microwave ever again and I’m never going to skip corners and try and make a quick roll again. Yuck. A perfectly good waste of sprinkles.

The pastry cream FYI can be mixed with whipped cream and thrown into a prepared pie crust (think cookie) and it would make a great pie!

Also want to say a big Happy Birthday to my mom today!!!

Bring the milk to a boil in a small saucepan.

Meanwhile, in a medium heavy-bottomed saucepan, whisk the egg yolks together with the sugar and cornstarch until thick and well blended.

Still whisking, drizzle in about 1/4 cup of the hot milk– this will temper, or warm, the yolks so they won’t curdle. Whisking all the while, slowly pour in the remainder of the milk.

Put the pan over medium heat and, whisking vigorously, constantly and thoroughly (making sure to get the edges of the pot), bring the mixture to a boil. Keep at a boil, still whisking, for 1 to 2 minutes, then remove the pan from the heat.
Whisk in the vanilla extract and cake mix. Let sit for 5 minutes, then whisk in the bits of butter, stirring until they are full incorporated and the pastry cream is smooth and silky.

Scrape the cream into a bowl. You can press a piece of plastic wrap against the surface of the cream to create an airtight seal and refrigerate the pastry cream until cold or, if you want to cool it quickly–as I always do–put the bowl into a larger bowl filled with ice cubes and cold water, and stir the pastry cream occasionally until it is thoroughly chilled, about 20 minutes.

Adapted from Baking From My Home To Yours by Dorie Greenspan 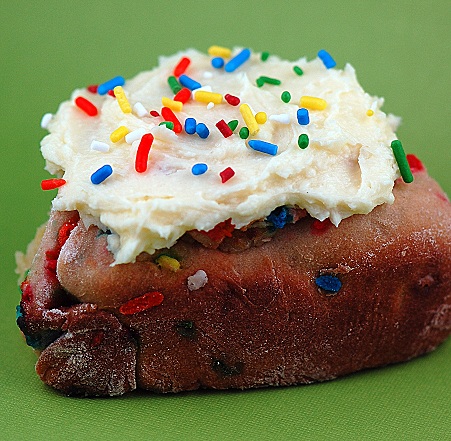