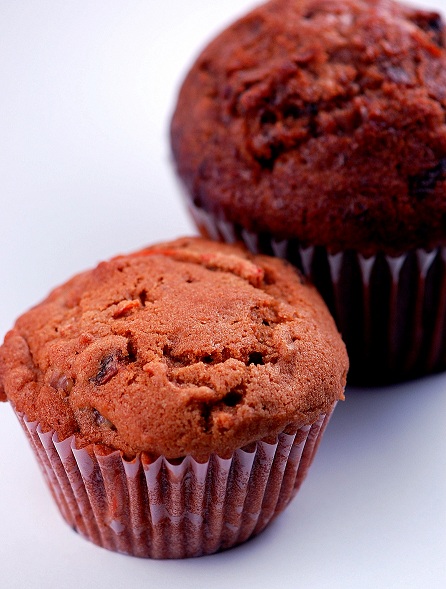 I was watching the news yesterday and they were interviewing a man who wanted to remain anonymous (yet you could see his full face and most of his body…duh). He was down at the May Day protest that were happening in Seattle (we really are just Vancouver wannabes) and they asked him why he was protesting. And he gave the best answer ever “I don’t really know, I just figured I should get down here and get me a flat screen TV before other looters get the good stuff”.

Excellent. Congrats on showing your full face and admitting on TV that you are going to loot. That’s fantastic, your parents must be so proud (but then again, sadly they might). Also congrats on having no idea why you were “protesting” in the first place.

I almost started a riot myself yesterday but I had good reason. See my friend was just in Chicago and she knows I have an unnatural love for Mimi’s Café’s Carrot Raisin Muffin and she brought me some home. Yes, clearly she is awesome. But while she was stuck at the airport for way longer than anyone should be stuck at an airport she spent many an hour in the airport bookstore if you want to call it that. Where she found a book, one of those Restaurant Secrets books, that had the recipe for the muffins. She decided to buy it for me so that I could make them and do a comparison.

So that I did. I chose to do the smaller version of the muffin as the ones from the restaurant are over 600 calories a piece and while I don’t usually mind that many calories…when you eat a few in a day that adds up. 😛 So off I baked. They batter smelled good and looked fine. I followed the recipe to a T, minus the fact that I only had golden raisins in the apartment. Out they came of the oven I couldn’t wait. So I ate one hot. And then got sad. Nope, not like the real muffin. Not a bad muffin, just not the muffin I was comparing it to…side by side. The good news is clearly I cannot make these at home and so I will not have to go up a pant size. Bad news is that I cannot make my favorite muffin at home. I should have gone and looted something to make up for it….maybe a Williams and Sonoma. 😀

Like I said these may not be THE muffins but they are a decent muffin all together. The recipe called for browning, which I did use, but I am not going to include it in the recipe as it was optional and pointless I think in the overall scheme of things.

Mimi’s Café Carrot Raisin Muffin (kind of but not really)

Using a stand mixer with a paddle attachment, cream the butter and sugar together on medium speed until light and fluffy, about 3 minutes.

Add the molasses and beat another 30 seconds.

Add the oil, eggs, buttermilk, and vanilla and mix well for 1 minute, or until smooth and creamy.

Add the dry ingredients (flour, soda, and salt) with the mixer on low and mix until just incorporated.

Fold in carrot shreds, raisins, and walnuts, do you best to evenly distribute them…ha!

Fill half way up a standard size muffin pan and bake for 22-25 minutes.

*I would definitely add some sort of pineapple to these when I make them again, they were missing a sweet element that I feel the other muffins have.
From Top Secret Restaurant Recipes 3 by Todd Wilbur 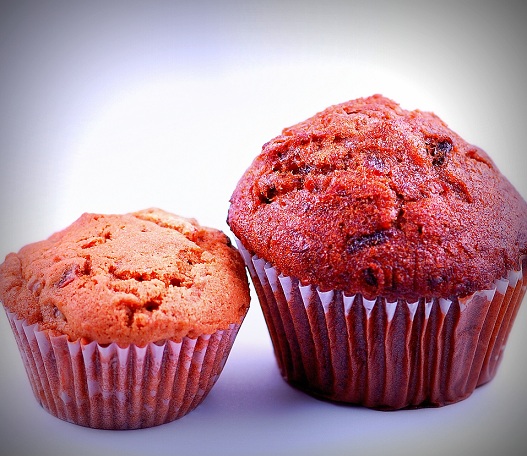