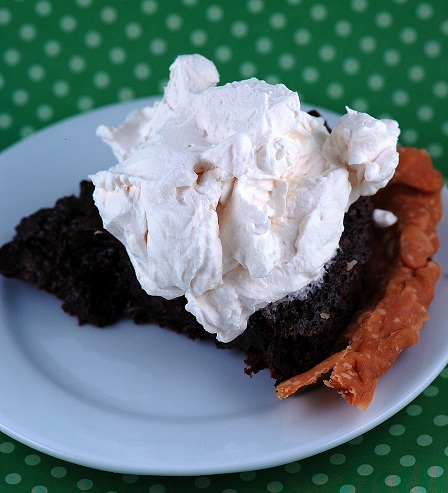 When one gets up at 5:30am to clean and one is not a morning person, one does things like run a load of laundry…without the laundry. And before you get all impressed at what motivation I have to get up and clean, guess again. Procrastination led to panic of realizing I had until 11am to pull it together. Forget a cookbook, I need to write about book about procrastination…you know, when I get around to it. 😛

Also when you wake up that early without really getting much sleep the night before and you stop moving, you will wake up to your dog licking you while you have fallen asleep folding laundry on the ground. Such a good alarm clock dog though.

Strange Addictions the show is beyond crazy. I watched per my friend’s insistence the episode where the guy is in love with his car. Not in an oh gee I love my car it is pretty kind of way. But in a tell people you are in a monogamous relationship with said car and have sexual relations with the car. Yes, that’s right, he bones his car and they show him making out with said car. They don’t tell you what kind of car it is as they blur out the logo (I like to think they thought it was the car’s penis…it’s a male car). My friend made fun of the fact that it was a used car and didn’t the guy worry about getting STD’s. 😉 I want to have a fundraiser and buy the guy a blow up doll…or at least a lap dance from a live person or something. Anyone else she that episode?

And when you wake up early you also decide to make a Chocolate Stout Brownie Pie. But then that poses the question of what to do with an open half-filled bottle of beer. While they say Guinness is a meal, I’m not totally sure they meant breakfast. I played it safe and cooked down onions with it for later but it was tempting. 🙂

In the interest of cost, I used a box of brownie mix (it’s really hard to compete with $.67). And premade crust. Yes, I know. But really I had stuff to do today and didn’t want to sit and figure out a recipe. 🙂 I served it with a rather large serving of Bailey’s Irish Cream Whipped Cream. 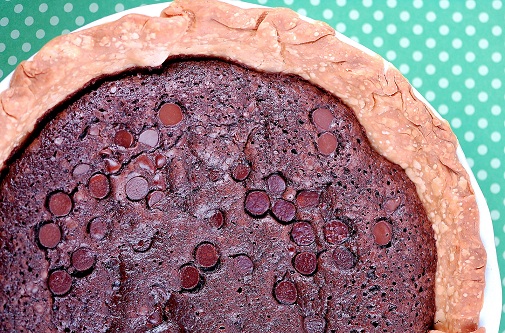 Roll out pie crust so that it fits your pie pan. Set aside.

Bake for 40-45 minutes depending on your oven.

Remove from oven and let cool.

Meanwhile using a stand mixer with whisk attachment, beat cream on high, adding the Bailey’s and sugar once soft peaks start to form. Whisk until you reach desired consistency.