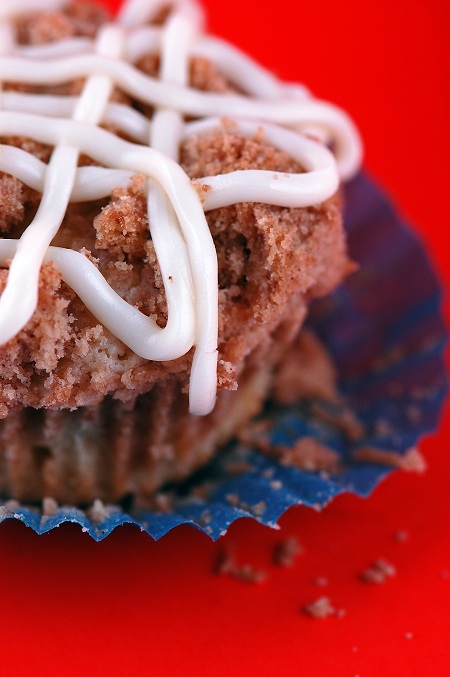 I often laugh at some people’s Facebook pages because they have a ton of friends on there. That’s not the funny part. The funny part is that they have collected all these people as friends I guess to prove to people they are popular. And yet when they post something maybe three or four people respond…and most of the time it’s the same couple people over and over again. Now granted I have quite a few hockey an food blogger friends that I don’t interact with all the time but I make sure I do at some point, otherwise I drop them. I’d much rather have 20 people as friends who actually interact with me or a ton of friends who don’t. Now, my CCbP page is different that is more of an informative thing, I certainly don’t drop people from not interacting. For some people it’s how they know I posted something new.

I think one of the keys in life it being able to have friends you can truly be yourself around. My bff is awesome because he is not only okay with me eating ketchup with my tortilla chips, he now does it. He sings in the car with me to stupid 80’s songs…and no drinking was involved. And better yet I don’t spend the whole time worrying about my voice (which truly sounds like a cat being beat up). And who else will clap along with you and sing “here we go CCS (we use her real name), here we go” to the dog and be totally fine with it.

And you need someone who doesn’t judge you deciding to up and make cupcakes at midnight because you feel like it. These are called a cupcake but I really feel like they are more muffing like, but they work all the same. If you call them muffins you can get away with eating them for breakfast. It’s basically a crumb cake as a muffin, though I added some sautéed apples to the mix because I thought that sounded better.

Remember, friends you get to choose….family you are stuck with. So pick friends who are really worthy of your time. 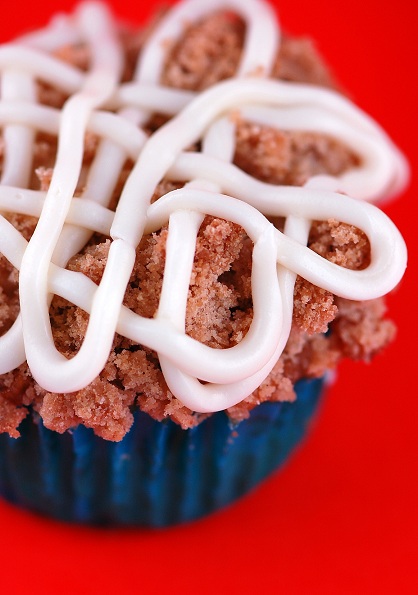 Heat oven to 350°F and line tins with liners.

Cut in the butter using a pastry blender. Refrigerate 30 minutes before using.

FOR THE CUPCAKES:
Cream butter and sugar with an electric mixer until pale and fluffy.

Add eggs one at a time, beating until each is incorporated. Scrape down sides of bowl as needed.

Stir in vanilla by hand.

Divide batter evenly among lined cups. Place 2 tsp. worth of apple into the cupcake and push down a little. Sprinkle half of the streusel topping over the cupcakes, gently pressing it into the batter. Sprinkle evenly with remaining topping.

Bake, rotating tins halfway through, until golden brown and a cake tester inserted in centers comes out clean (about 20 minutes). Transfer tins to wire racks to cool completely before removing cupcakes. 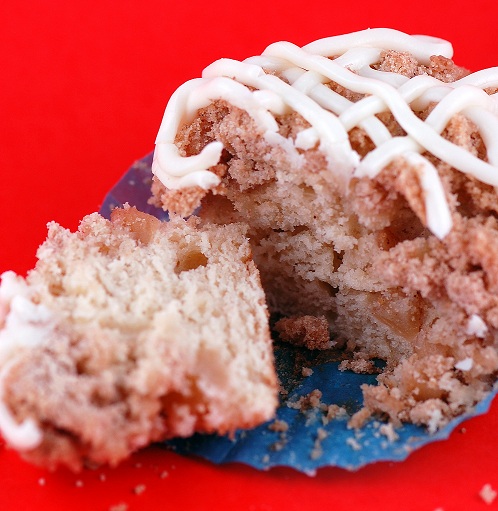