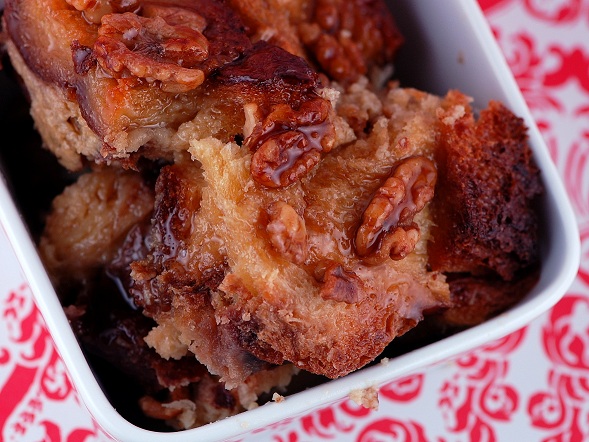 When I taught middle school, above my desk was a sign that read “Life is ten percent of what happens to you and 90% how you react to it”. Truer words could not be spoken. Far too often people feel victimized about what has been done to them.

My friends C and T got stuck once in Omaha due to weather. They were supposed to be getting on to a connecting flight to Florida to go on a cruise. T (the wife) freaked out. Calling and having what C described as a melt down and tantrum because the world was against her. Well, Mother Nature might have been but not the world. C on the other hand told T this was an opportunity to explore a place they had never been to. C had once been offered a job in Omaha and turned it down, always wondering if he should have taken it or not. After spending the day there, he was quite happy in his decision to not move there. But without the opportunity he never would have known. They caught a plane the next day, and then another plane that flew them to the first island and were able to get on the boat there. Sadly, T made most of the trip miserable for C complaining to anyone who would listen how she got trapped in Omaha and how it ruined their trip. When in reality she was the one ruining the trip.

In my cupcake post I brought up my friend who recently went to Disneyland because her youngest son wanted to go for his birthday (he has already gone 3 times now). Money has been tight for them and they still made the decision to go because the kids deserved it. Most people deserve a vacation; I personally haven’t been on one in 7 years. That being said, because of this trip they did not pay their car insurance or home owners insurance for that month. The husband got into a car accident, his fault, and they are now in the middle of a lawsuit with extra bills. Does my friend see how this is her fault? No. She is the victim in all of this, just ask her. It’s the insurance company’s fault that they aren’t cooperating more even though they didn’t actually pay their bill; they eventually did…AFTER the accident happened. So not only did they go on a trip they can’t afford, thousands of dollars in bills will now be added to that. Not to mention lawyer fees. Now some may argue I am not being a very supportive friend. But being a friend isn’t always about blowing smoke up someone’s butt and telling them how great they are. I think those that read this blog are more than aware that I tell it like it is. This carries through in my life. Sometimes it makes people uncomfortable because when I call them out on it, they can’t play the victim. In case you are wondering, she is not mad at me. She knows that I mean nothing by it (it’s just my matter of fact personality), other than to say that it sucks, but you have no one to blame but yourself.

As for me I am trying to see the good in not getting to eat for the last 10 days. For one, I got to make my neighbors happy by giving them food I was afraid would expire and didn’t want to go to waste. Who doesn’t love free food? I got to slim down a bit as a handful of mini vanilla wafers and an English muffin a day with a side of PowerAde doesn’t really add up to that many calories. Leaving me lots of opportunity to gain it back. 🙂 And what better way to do that than with my favorite dessert of all time, Bread Pudding. This here is a nod to the Vancouver Canucks who after last night’s win will be going to the Stanley Cup finals. Now, as you know I am a Flames fan, but in the playoffs once your teams are out, it’s your Canadian Pride you must follow and root for whatever Canadian team is left in hopes to bring the cup back to Canada. So this is a yummy Maple-Walnut Bread Pudding that will hopefully bring the Canucks luck in bringing home the cup! 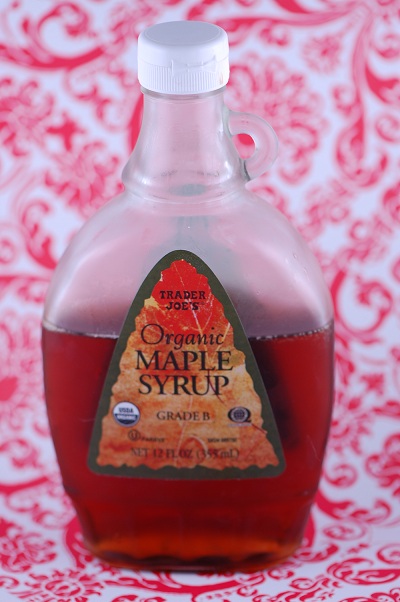 Tear bread into pieces and place into baking dish. Sprinkle bread with the walnuts. Make another layer of bread and sprinkle with walnuts. Repeat as many times as you have ingredients and room.

Mix the egg s, brown sugar, and maple syrup in a large bowl. Then stir in the heavy cream and milk. Whisk until fully incorporated.

Pour the custard over the bread. Press down the bread pieces until the bread is soaked with the custard. You will most likely have extra custard depending on how stale your bread is. Don’t feel like you have to use all the custard.

Place pan into another pan that will hold a water bath. Bake the bread pudding for 45-55 minutes until golden on top, and custard isn’t running in the middle. Cool 10 minutes and serve warm with extra maple syrup poured on top. 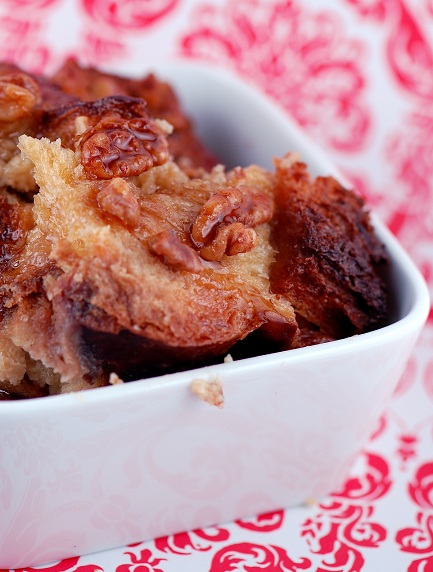 « Starbucks Natural Fusions Brunch…
Oh, the weather outside is… »