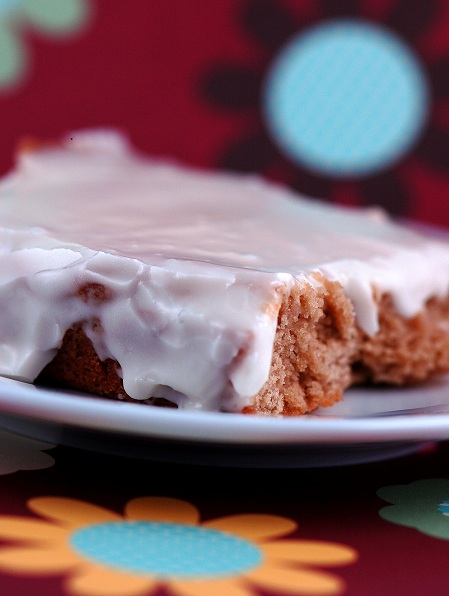 Sunday is a twofold for my mother. It’s not only Mother’s Day but it is also my mother’s birthday. Every now and then the calendar aligns and that happens. Of course, it’s never all the fun having a holiday close to your birthday (I know) as people try and lump them together. Which is probably why the women in my family celebrate birthday month instead of just the day. 🙂

I was visiting my adopt a grandma (sadly she moved a few weeks ago to VA) and I was laughing hysterical at something her roommate said. She had a shared room, and her roommate had her daughter visiting. The daughter was bitching and moaning about her two children and how exhausted she was and said to her mother “I just don’t know how did it. You made it look so easy”. The sweet old lady opened her mouth and said “That’s because it wasn’t hard. But you make it hard on yourself by doing all this extra bullsh*t that back in my day people didn’t do. You planed G’s birthday for weeks and stressed about it. He’s 6. Make him a cake, invite some of HIS friends over and call it good”. I wanted to hug her.

She’s beyond right. I can’t always feel empathy for my friends with kids who are constantly stressed out. Because truth be told, 9 times out of 10 they seem to be doing it to themselves. Constantly signing their kids up for everything possible under the sun, not wanting their kid to be deprived. Always worried their kids aren’t actively engaged in something. Sometimes if you leave your kid alone, without all the play groups and crap you minivan them to, they use this thing called an imagination, perhaps you’ve heard of it? They are hand making everything from baby food to driving 20 miles out of their way so that they can get organic meat from a source they know. That’s all well and good but then don’t complain to me that you never have time, you do, you chose to spend it doing things like that.

It’s funny what we remember about our childhood anyway. Things I watch parents stress over nowadays I don’t even remember from my childhood and when I ask them about it, they don’t either. Chill people. One thing I do recall about my childhood and growing up in general is that whenever we went out to a nice restaurant (which wasn’t all that often, usually when grades came out) my mother would always at the end of the meal order what she called a “Bailey’s Irish Nut”. Now this was a coffee drink that she had somewhere one time and has ordered all her life. It’s coffee, with Bailey’s Irish Cream and Amaretto, two liquors my mother enjoys to this day. I figured since her special days were coming up that I would make something in honor of her. I’m sure my mom will be pleased as punch to know that I am using a memory about her boozing it up. 🙂 Those are the breaks when your pain in the butt daughter runs a blog. 😛 Love you mom.

These are a simple bar flavored with coffee and Bailey’s and then covered in a thick Amaretto spiked glaze. They are dense, more like cake texture than a cookie. My mom would surely appreciate them. I can picture her right now having them with a cup of tea. So enjoy your birthday month mom! Thanks for being a great mom…but with flaws as well, so that I have some things to blame you for instead of having to admit that I might be the problem. 🙂 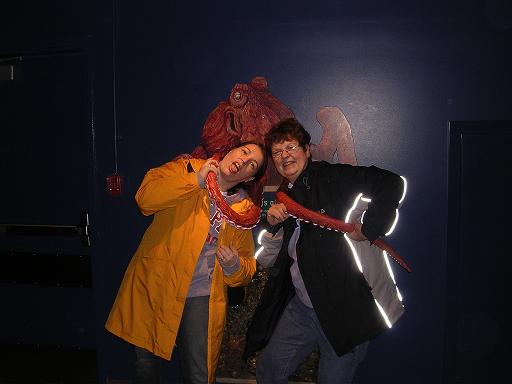 In a medium bowl, combine flour, baking powder, and salt; set aside.
In a small saucepan, combine milk and instant coffee and heat at a medium- low. Stir until coffee dissolves, and remove from the heat.Using a stand mixer with the paddle attachment, cream the butter with the sugars until light and fluffy.

Beat in the egg, and then beat in the coffee mixture.

With the mixer on low, pour in the dry ingredients, and mix until combined.

Spread dough evenly in a 9 x 13 inch baking pan. Bake for 18-20 minutes at 350 degrees F, or until toothpick inserted in center comes out clean. Cool in pan on wire rack.

Continue beating until of desired consistency. If consistency is too thick, add a little more milk; if it is too thin, add more powdered sugar.
Frost the bars with the glaze 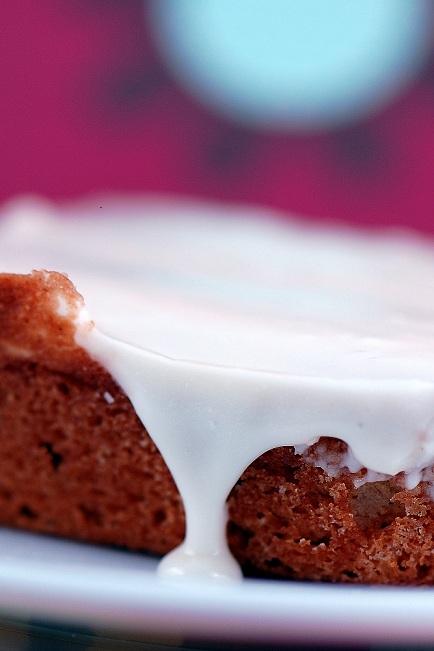 « Unsolicited Advice…
Look what I got mom… »