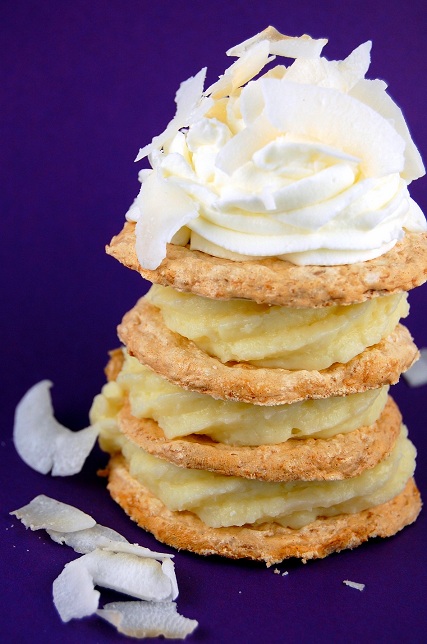 Just ask any man and he will (hopefully) say that given the choice between a blow up doll and a real live girlfriend, he chooses the real life girlfriend. That is what the IFBC was for me (no there was no blow up doll in the goodie bag). It was my chance to finally meet people in real life that I had been reading and talking to for so long. That is what I mostly took away from the conference. Well, that and I pay $350 but can’t get a chair (but that’s another rant for another day).
I’ve been reading many bloggers recaps of the IFBC. Some all rosy and happy. Some bitter. Most somewhere in between. Meeting people however seems to be the one thing most people can agree on as the positive.
Many people had epiphanies while there. I am not excluded in this category. But I don’t think mine was the same as others. The one thing I most definitely learned this last weekend is that I am not a food writer. Oh I may be a writer as in the fact that I write words on this blog and some of you actually read them (still not sure why). But food I cannot write about.
This became painfully obvious during the writing with all of your senses portion of the conference. While describing my lemon as a sunshine colored double sided 18 year olds perky breast, the rush of wow, I am not cut out to describe food came over me. Let’s face it, most of my post aren’t actually about food. They are about me (fabulous me, try not to vomit)rambling on about something and then down at the bottom, oh yeah, I made some food.
I let the pictures do the talking, which for most people is fine. And according to much hate mail,  I make recipes that contribute to the obesity of America (and Canada and probably a third world country or two thrown in for good measure). That’s my thing. Writing is not.
The other thing much talked about this weekend was traffic. Lots of bloggers asked me how I got my traffic, what was my secret. Umm, none. Been around a long time. Plain and simple. So since I have no real answer to that maybe you can answer that…Why Do You Read My Little Fattening Food Blog?
Oh wait, almost forgot, I made food. 😉 This is my take on Coconut Cream Pie. I hate, as most of you know to make pie crust. This was way better than pie crust anyway. And technically way better than pie crust! So I did something more healthy than the original (did you feel the Earth stop rotating there for a moment?)
I am not a super coconut cream pie fan, but have to say this is full on yummy. I’d describe it but I learned I suck at that. So I’ll just say eat it instead. 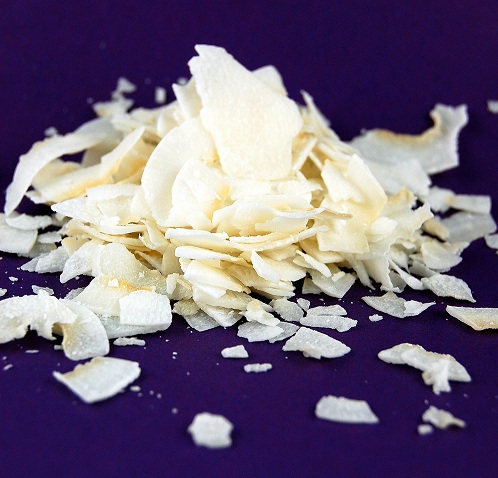 Place shredded coconut into a food processor and pulse until coconut becomes more meal like and less of a stringy mess.
To make the pastry cream, combine the milk and coconut in a medium saucepan. Place the saucepan over medium-high heat and stir occasionally until the mixture almost comes to a boil.
In a bowl, whisk together the eggs, sugar, vanilla, and flour until well combined.
Temper the eggs (to keep them from scrambling) by pouring a small amount (about 1/3 Cup) of the scalded milk into the egg mixture while whisking.
Then add the warmed egg mixture to the saucepan of milk and coconut. Whisk over medium-high heat until the pastry cream thickens and begins to bubble. Keep whisking until the mixture is very thick, 4 to 5 minutes more.
Remove the saucepan from the heat. Add the butter and whisk until it melts.
Transfer the pastry cream to a bowl and place it over a bowl of ice water. Stir occasionally until it is cool. Place a piece of plastic wrap directly on the surface of the pastry cream to prevent a crust from forming and refrigerate until completely cold. The pastry cream will thicken as it cools. Keep in refrigerator until ready to use.
Pastry Cream Recipe adapted from Tom Douglas Seattle Kitchen…and shameless lifted from Cakespy so as not to have to type it all out.  Thanks Jessie.

Preheat oven to 250F.
Using a stand mixer with the whisk attachment, beat egg whites and cream of tartar on high speed, until soft peaks form.
Gradually (no really or else it will clump)sprinkle in sugar, 1 TBSP at a time, beating until sugar is completely dissolved and stiff glossy peaks have formed.
Fold in coconut until thoroughly combined.
Place into a piping bag, and pipe out round discs to your size liking. I went about the size of a small soup can top.
Bake 1 hour or until dry. Remove to rack to cool. 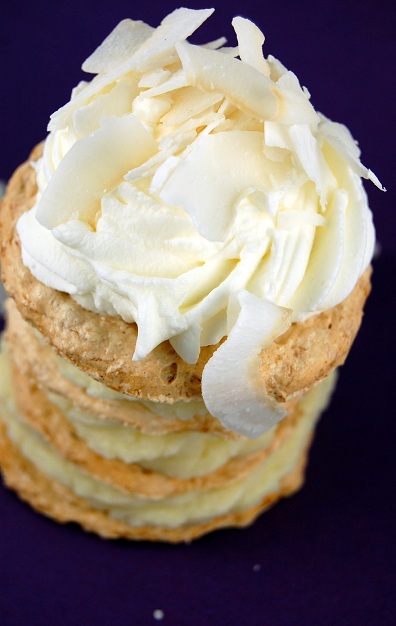