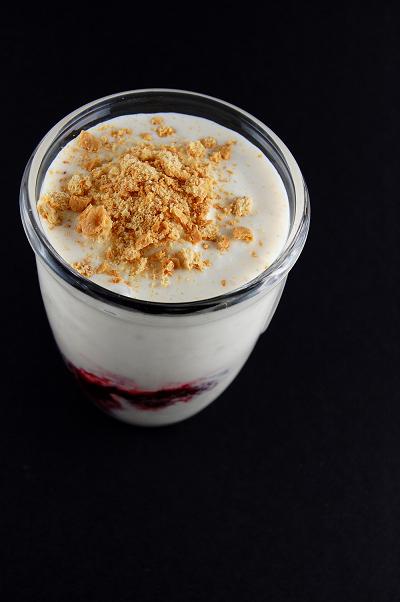 Training my dog to be a ninja has been a long and less than rewarding road. But since there was some interest, we will review what I have learned along the way.
First, start young. Crazy Cocker Spaniel started at age 5. This was a poor choice. Since I figure it will be about a 10 year process, she will be 15 by the time her training is complete (that is if she is an average student…sadly I feel she is below average…but I love her all the same). Considering the fact that most cockers have a life span of 12-14 years I am sure you can do that math and see the dilemma.
Second. Go ahead and tell your pet you are training them to be a ninja. This way they know that other than just sleeping, peeing, pooping, eating, sniffing and scratching that they will also be training to be a ninja. Helps set the tone of the day. The mental aspect of a ninja is very important. CCS has great mental concentration, unless of course something comes along, like the UPS man, food, the need to pee. Okay, so maybe the concentration part needs work.
One area we did not have to work on was sneaking around. Years of searching for food have perfected her technique.
Third. Attire. Most people think of ninjas in all black. But in my house the carpet, and much of the furniture is beige. Since the dog is beige we kept her as is. Feel free to dress your animal to match your house. Unless of course you have horizontal stripes, as no one looks good in those.
Forth. Weapons. There are a whole lot of ninja weapons, I mean just think how many those turtles had. Speaking of those turtles, I think that the fact that CCS is also not a mutant hurts her ability as well. Back to weapons. We went with Chinese throwing stars, which I don’t even think are really ninja a weapons but they are shiny and we like shiny things. Now, like a smart person, we started with paper throwing stars. Go find yourself a 12 year old kid. Give him $5 and some paper and let him have at it. You will go through many. I like to place them between the paws. Then tickle the dog and make her itch. This causes the release of the star. Only problem (yes there are a lot of problems) is that she seems to only throw down. So you will have to somehow figure out how to get the victim to lay down. Whatever you do, don’t tell the victim that you plan on killing him with a Chinese throwing star as this will greatly decreases your chance of them actually laying down. Either that or you pet will get very good at hurting people’s feet. Which probably works out better in the long run. I mean, if people get in trouble for having pit bulls and other breeds perhaps training your dog to kill with throwing stars could get you into more trouble.
Plus, ninjas aren’t really suppose to kill, they are suppose to escape. Which leads us to number five. Escape. This is what we will call a “needs improvement” area for CCS. We test her out by covering her with a blanket and time her to see how long it takes for her to get out. Um, yeah. She usually just gives up and lays in the blanket all covered up. Even when we help and show her a way she is a tad slow. Sigh. We are not giving up but we are looking for other avenues for her. We still have presidential hopes for her in 2012 but we are also considering focusing on what she does well. Sleeping and laying down. So we figure she should have her own website (no, not really doing it) called Lazy Dog. It will be pictures of all the places and ways she sleeps. 😉
So as you can clearly see this wouldn’t make for much of a page on my new 5 part blog (not!). As my dog is clearly a crappy ninja and I am clearly a crappy ninja instructor. 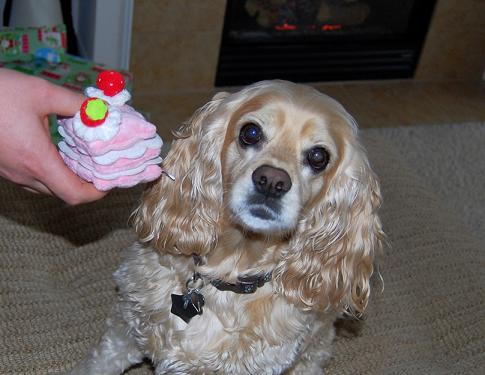 (Notice how hard she is concentrating that she doesn’t even see the toy…skills! Also note all the beige.)

After a long day of trying to get my dog to find her way out of a paper sack, one needs a stiff drink. I don’t mean alcohol. I mean a milkshake. Not just any milkshake either. A cheesecake milkshake. And not cheesecake flavored, we are talking pieces of cheesecake thrown in there. Yum. The recipe didn’t indicate whether you were to use cheesecake with crust or without. So I made a cheesecake without. I don’t think it matters all that much. They are also vague about the size (4 to 6 ounces) of the cheesecake piece that you use. I mean my size of a cheesecake slice and the average person is very different. 😛 I have portion size issues.
It’s pretty simple really. Cheesecake, ice cream and a little milk. I threw in a little raspberry sauce to cut the richness.
And once again, for those counting, this milkshake is approximately 503 Weight Watchers points. 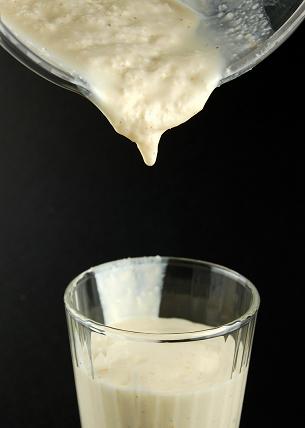 Combine milk, cheesecake, vanilla, 1 pint of ice cream in a blender and puree until thick and smooth. If the mixture is too thin add more ice cream a little bit at a time and blend. This milkshake should be thick enough to eat with a spoon if you like. Pour into two glasses. 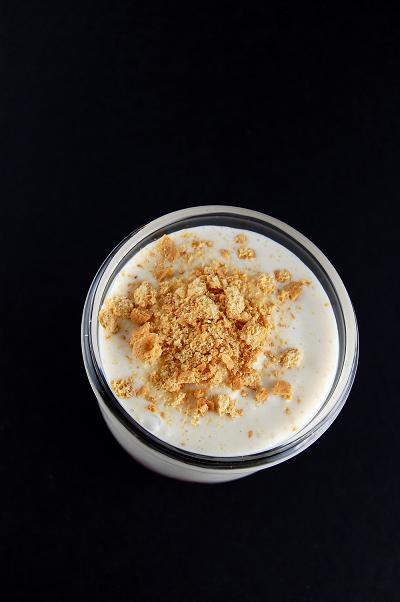