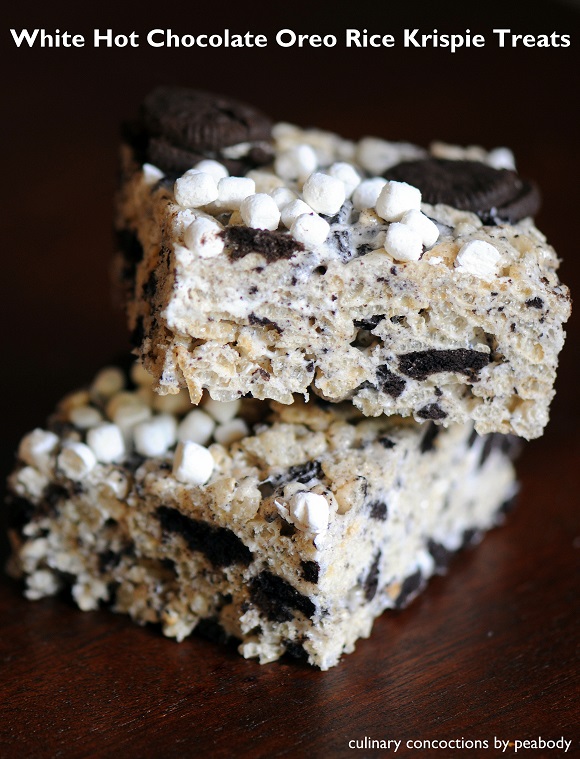 For me of course the best thing about October is that hockey is back on…tonight in fact! Hanging with a few friends to start the season off in style (watching the Canadians and then the Jets). My own hockey is back as well which is great because we have had way too much time off…which was more than apparent in our first game on Sunday. Though despite our best efforts to lose, we did end up winning. 🙂

Live More Weigh Less Mastery also starts today. It always starts off with fun (and not weight loss) so I’ve been trying to compile a list of fun things to do in the month of October. We had planned a small trip (a friend has a rental) but last minute paying customers wanted it (darn them 🙂 ) so we rescheduled. No biggie. But that leaves a weekend open now that I think may be filled with a little pumpkin patch action. I’ll honestly probably go a few times with a few different people, it’s one of my favorite things to do. Then there is hiking on a clear day with a little wind so that the leaves are falling down as you walk. Watching hockey of course. Going to a pumpkin carving party. It’s a great month to volunteer or give money to a charity, I gave to this one this month (I felt bad they were not local but watched quite a few of their videos and my heart was broken). I get Thanksgiving this month. And last but not least…baking.

But wait Rice Krispie Treats are not baking. No, they sure are not. What they were…was an oh crap we have hockey tonight and I didn’t make treats panic moment. And everyone tends to like Rice Krispie Treats. Plus our backup goalie was playing that night and he loves him some Oreo. The weather has been turning cold and I have been drinking my fair share (aka my body weight) in hot chocolate. I’ve been leaning towards white hot chocolate as of late (this Ghirardelli’s Sweet Ground White Chocolate Flavor Mix that I got a bunch from a coffee shack going out of business is fantastic). I decided to make a RKT using that and then throw in some Oreo’s for my goalie and then top off with the kind of marshmallows that come in the hot chocolate packets.

So here’s to October…my favorite month of all! 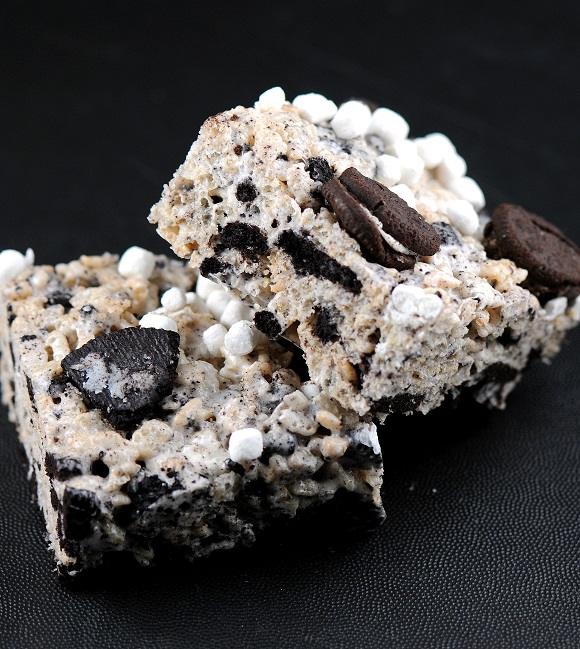 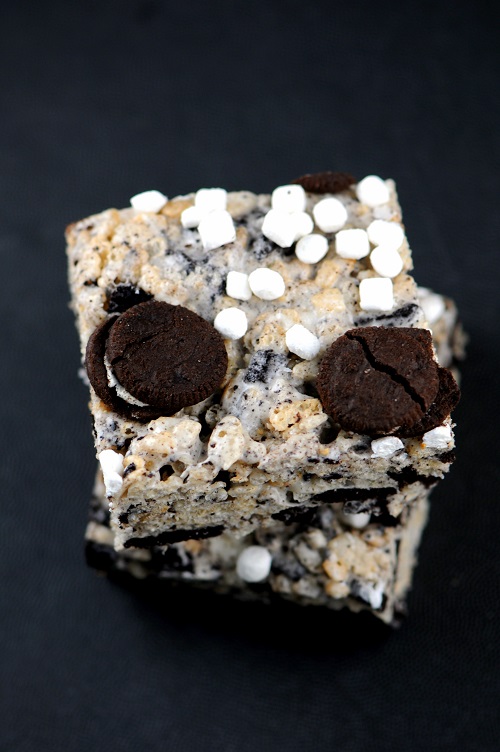