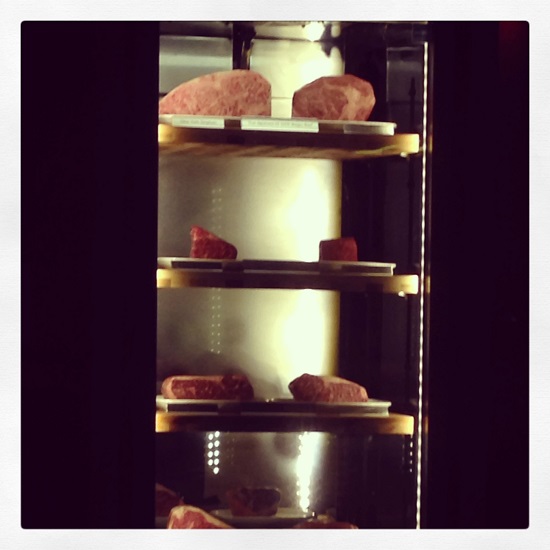 Ron Swanson would be so proud.

New this year to IFBC was one of the cooler ideas I’ve seen in a while. Instead of having a big reception where we have a dinner and you all go and sit with your food blogging friends (though some people traded) Urbanspoon (the host of the dinner) split us off into 25 groups to go to 25 different restaurants throughout the city. And you didn’t know where you were going until you were going, except that your card told you what city you were going to. I was a little disappointed at first because mine said Bellevue. Disappointed because the majority of restaurants in Bellevue are chains…luckily I was pleasantly surprised. 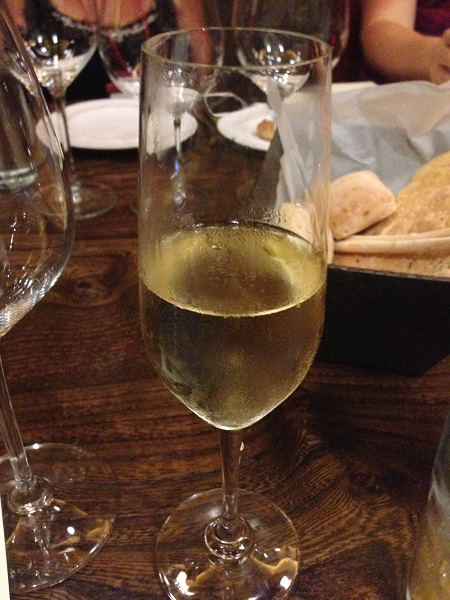 John Howie restaurants make their own champagne. It was lovely.

My restaurant ended up being John Howie Steakhouse. There are actually three higher end steakhouses in Bellevue (I’ve been to all three now) and I wondered how they were going to stand out from the others. I got my answers.

I drove myself so I was there early and our wonderful waiter (great service) went and got me a Love Letter cocktail. Then as people showed up the amazing sommelier (who I knew from her time at The Herbfarm) poured us a glass of John Howie Brut by Duval Leroy…yep they make their own Champagne. True champagne not sparkling wine. It was delightful. 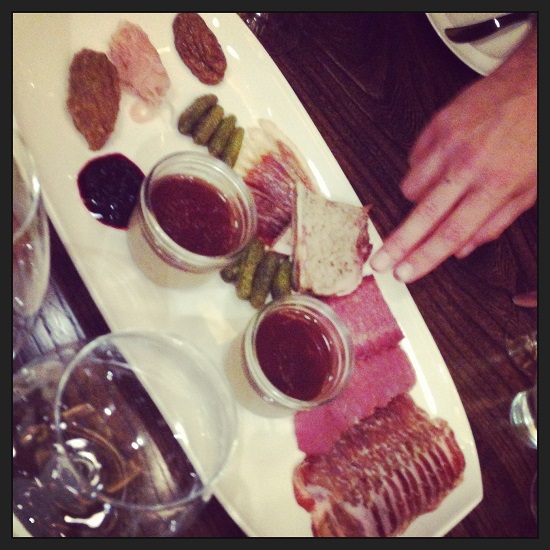 People were a little afraid of the beef tongue (I was not) but most people agreed it was pretty good. 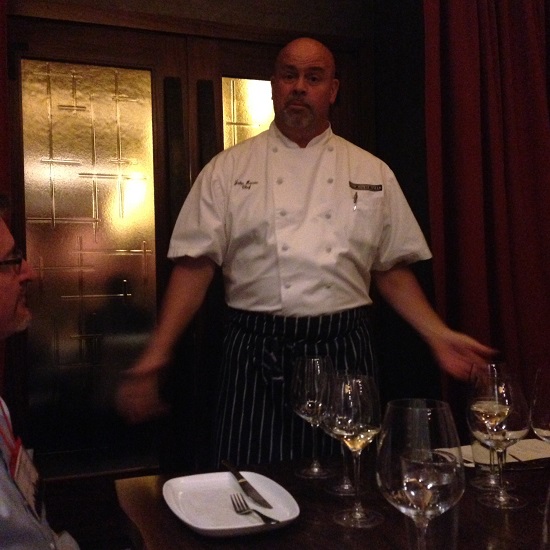 John Howie himself came in and talked to us.

John Howie showed up to welcome us and talk about his restaurants and any questions we had. Being local and being impressed with my meal so far I wanted to know what was next on the horizon for him. Beer. Yay! He will be making his own beer and brat, flatbread, and burger place. And it’s going to be not that far from me. Double yay! He also gave us his cookbook. 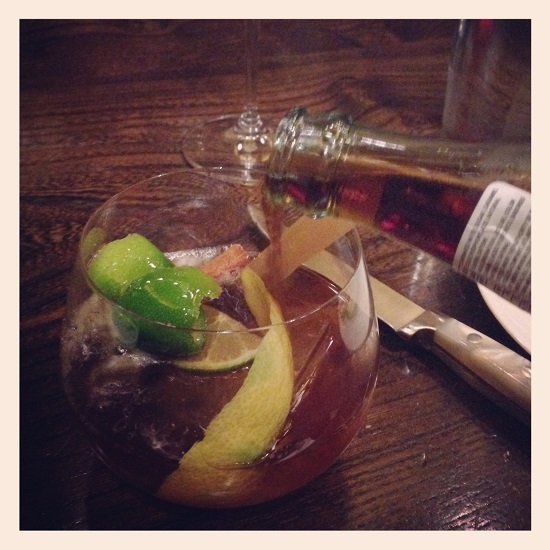 Cuba Libre’s made at the table. Crazy good.

During his talk he mentioned tableside drinks and the waiter suggested that we try it. So yeah, we did. Best Cuba Libre I’ve ever had hands down.
We had a seafood course of New Bedford Sea Scallops with Creamed Leeks, Pickled Summer Chantrelles (crazy good), and Crispy Coppa.
Then came the real deal. We had the choice between a filet or American Waygu Beef Zabuton…yeah, I went Wagyu. Fantastic. The sides of Maine Lobster Mashed Potatoes (so yum), Creamed Spinach with Organic Sunnyside Egg, Fried Brussels Sprout with Lemon Caper Vinaigrette, and Butter Braised Cascade Porcini Mushrooms.
Everything was prepared perfectly. The wine pairings were outstanding, it was especially harder for the sommelier because I had to have all white wine. 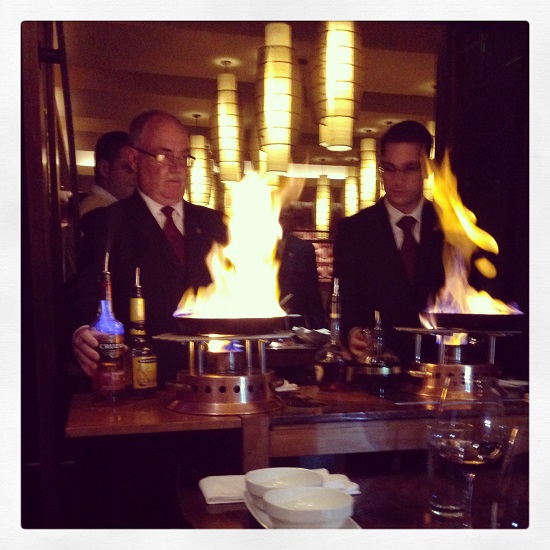 Side by side flambe action.

Then came dessert. Bananas Foster and Cherries Jubilee, both prepared for us tableside at the same time. Quite the display. Both were yummy but I am a true Bananas Foster fan so that was my favorite of the two.

Thanks to Urbanspoon for hosting this amazing meal. Truly a wonderful meal.
BTW- for those interested IFBC will be here in Seattle again next year. They sell out quickly. Only $95 for active bloggers. That’s a great idea considering my meal at John Howie alone covered that. And yes I am already signed up for next year…join me! 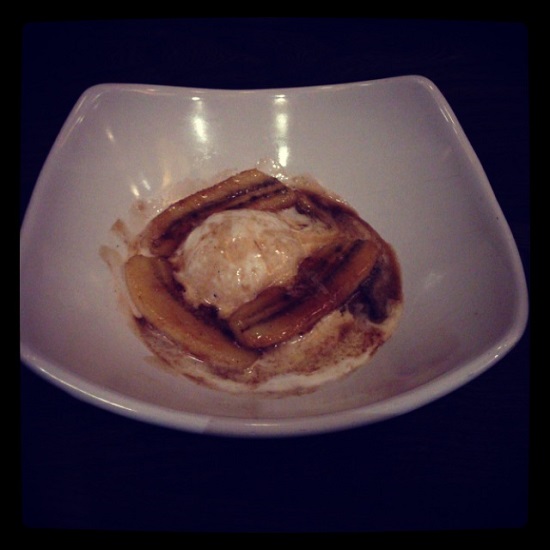