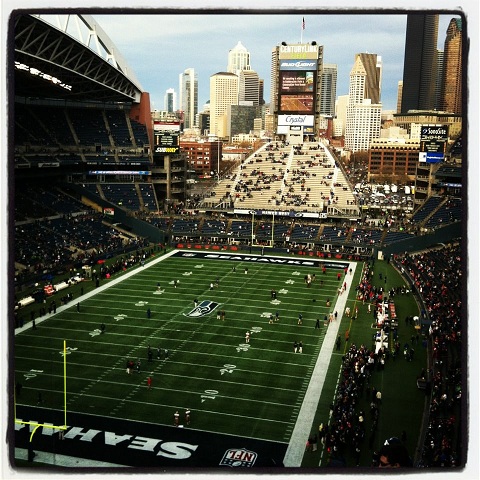 Nothing says Christmas like football? Well they do thank God a lot when they get a touchdown.

I spent most of my day at the Seahawks game. It was my first NFL game ever. It was…interesting. We had been given free tickets and said what the heck. It’s the only sport that I have had to been pat down and go through a metal detector, that was the first bad sign. Then there was drunken peanut guy. He was so drunk he couldn’t keep his head up and kept throwing peanut shells at people…he was escorted out. Then you have the extra coaches in the stands that let the team know what they should be doing. 🙂 Keep in mind most of the people “coaching” them couldn’t run half way down the field without coming close to dying. Four dollars for a diet coke? $30 to park…and that wasn’t the highest amount…some wanted $50! And my favorite is that they aren’t allowed to swear in the stands so when a ref makes a bad call instead of saying bullsh!t they shout out “pitch it”. 😛

I was definitely an unusual way to spend Christmas Eve. I can honestly say football to me is far more fun watching at home, in my comfy clothing. Not freezing and squeezed next to some man spilling out of his seat and into mine. And buying a beer doesn’t require taking out a loan.

But now it’s truly Christmas Eve and my traditions are starting to kick in. I had pizza for dinner. My mother always ordered pizza as she was too busy preparing for the meal the next day. One year when all the pizza places were closed it has become such a tradition that we made English muffin pizzas.

Right now most people aren’t on the Internet reading blogs. But if you are I just want to say that I hope you are having a happy and loving holiday with people you want to be celebrating with. I hope you wake up tomorrow and that Santa has brought you what you want. And if you didn’t get it have the grace to accept what you got. You can always save up for something yourself.

All my best to you and your families. Merry Christmas! 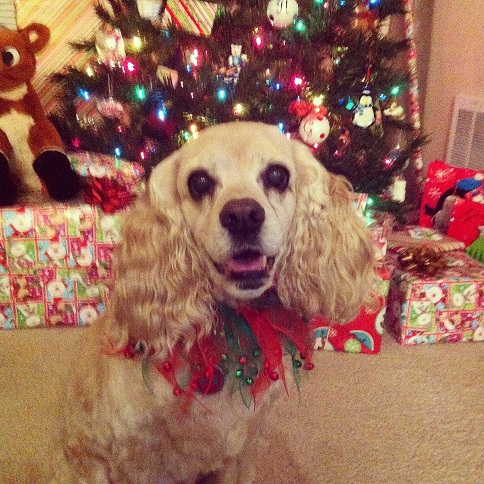