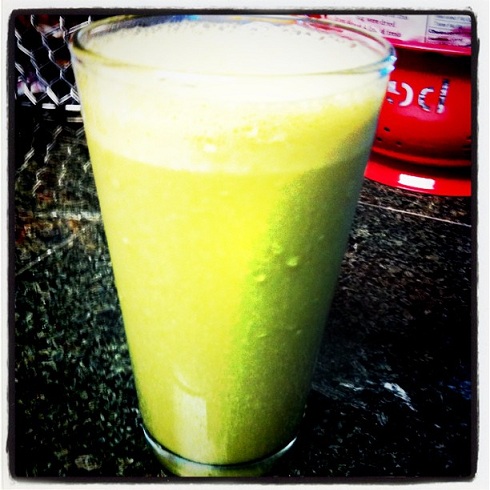 So you are probably looking at that and saying that doesn’t look very appetizing Peabody. I know. But it helps answer a reader question so I thought I would post it.
“I know you have tried many different ways of eating–I think you mentioned you once tried going vegan–or at least mostly vegan. What was that like and how do you balance your regular eating (including you allergies) with your love of food and baking?”
You are correct that for a while I was eating mostly Vegan, raw Vegan in fact. In order to get me off some medication I didn’t want to be on, my naturopathic doctor suggested eating raw Vegan until 5 pm every night to give me more energy, which it did. However, after a while my body was not getting the nutrients it needed and so I they put me back to eating the way I was. Though I eat many of the things I now that I did while eating raw Vegan.

How do I balance? Well for one thing, I work out pretty much every day and that helps. I usually start each day (or it’s my morning snack) with what most people call a Green Monster. It’s what is in the picture. It’s a smoothie which today’s smoothie contained a couple handfuls of spinach, ½ frozen banana, a scoop of powdered wheat grass, strawberries, 1 tsp. flaxseed oil, unsweetened almond milk, and some mango puree from Trader Joe’s. The fruit changes all the time but the rest remains the same, though sometimes I use unsweetened coconut milk, just depends on what I have. Now before you say gross, you don’t taste the spinach. I know the color can be off putting, but you get used to it. Or do what I did at first and put it in a cup you can’t see through and use a straw. 😀 When I first started making them I would have to choke it down and throw honey or sweetener in there. But now, after two years of drinking them, I can throw them back like they are nothing, with no sweetener of any kind…and through a clear glass as well. 😛

Breakfast is usually either a smoothie or multigrain oatmeal. If I already had my smoothie for breakfast then my mid-morning snack is usually a mini low carb tortilla with about a TBSP of cinnamon-raisin peanut butter. Lunch is either soup or salad, with every now and then a sandwich. Afternoon all depends on what I do, sometimes I don’t have time to eat. Or if I am baking then I usually take a bite of two out of what I make. And there is my key. I take a bite of what I make to see what it taste like and if it is blog worthy. If it’s really good, I probably eat a full serving. Usually though, I have my bff take it to work, or give it to the neighbors or my hockey teams. Dinner is random but last night it was zucchini layers with pasta sauce baked kind of like a lasagna. The night before that was leftover pulled pork and coleslaw. I also have a juicer and use that often randomly throughout the day. As far as allergies go, I try hard not to have dairy, though will eat it in my baked goods. I stay away from it directly, like no glasses of milk, milk on cereal, cow based cheese (I do okay with goats and sheep).

So there you have a very boring look into what I eat.